Investor interest in dividend-paying stocks has been picking up, and for good reason. Here’s why they are worth considering. 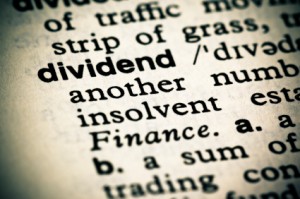 Due to today’s historically low interest rates, returns from fixed-income investments like GICs have dwindled. That has fuelled investor interest in dividend-paying stocks, which have payouts that are often much higher than what you can get from the bank.

Investors don’t typically look to mining stocks for income. Instead, they tend to favor companies in less volatile industries, such as utilities, for that part of their portfolio’s return.

However, a rising number of mining stocks now pay – and often raise – their dividends. And if you pick the right ones, you can set yourself up to profit handsomely from both a steady stream of dividend income and the strong capital gains available in resource investing.

Dividends help lower the risk of investing in resources

A dividend is especially attractive in the often-volatile mining sector because it gives investors a degree of security: if a company pays a dividend, it generally feels that it has the cash to do so, and will have the ongoing profits it needs to keep those payments coming.

Moreover, studies have tied the payment of a dividend to superior stock performance. On the whole, dividend-paying companies tend to outperform the market when it’s rising, and perhaps more importantly, decline less than average in a falling market.

How to judge a dividend-paying stock

A key indicator to consider when investing in dividend-paying stocks is the dividend yield, which you get by taking a company’s total yearly dividend payments and dividing by its share price. That shows you how much you’re getting back in dividends for each dollar you have invested.

But it’s much more than a matter of just picking stocks with high yields. That’s because a company’s yield can be high because its share price has dropped, which is an obvious indicator of serious risk, not only to the dividend but to your entire investment.

To get a true measure of the stability of a company’s dividend, then, you have to look deeper. Here are three other factors to consider before buying:

A payout ratio of 80 percent or less indicates that a mining stock has the flexibility to both maintain its dividend and make the investments it needs to boost its production or conduct further exploration.

As mentioned, a number of mining companies have been raising their dividends lately. Some are doing so in interesting ways. A good example is Newmont Mining (NYSE:NEM), a leading global gold producer.

Newmont started paying dividends in 2008 and has raised its payout four times since then. Right now, it pays $0.35 a share on a quarterly basis. The yearly rate of $1.40 gives the stock a dividend yield of 3.03 percent.

Unique among mining stocks, Newmont recently started linking its dividend to the price of gold. The company will raise its payout by $0.05 a share for each $100-per-ounce rise in the average gold price in the preceding quarter. If gold prices rise above $1,700, Newmont will raise the dividend by an additional $0.025, bringing the total increase to $0.075. And there is another $0.025 step up, to a total of $0.10, if gold prices break $2,000.

Teck Resources (TSX:TCK.B) is an example of a Canadian mining company with a rising dividend. The company mines copper metallurgical coal, zinc, lead, silver, and molybdenum around the world.

Teck started paying dividends in 2004 at a rate of $0.05 a share (adjusted for a two-for-one share split in April 2007) every six months. It suspended its payout in June 2008 to help pay for its $14 billion acquisition of Fording Canadian Coal Trust.

However, management has been steadily raising the dividend since it was reinstated in June 2010. The company now pays $0.40 a share every six months for an annualized yield of 2.39%.