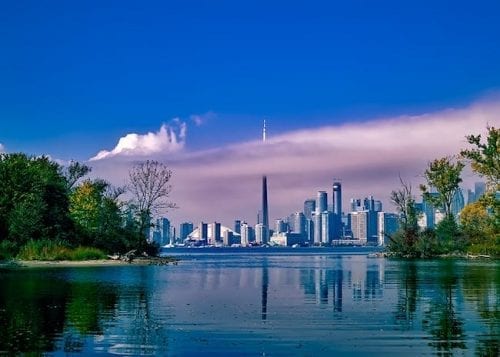 The Prospectors and Developers Association of Canada (PDAC) convention in Toronto this year was a honey pot for politicians, with provincial and federal players of all stripes in Canada stopping by to have a yarn with investors on all things mining — including Prime Minister Justin Trudeau himself, who talked up his government’s resources credentials.

Natural resources and regulations have been a sticking point for the Trudeau government, which has engaged in disputes over the Trans Mountain Pipeline between Alberta and British Columbia as well as concerns over regulations to do with the resources industry, which have provided easy fodder for the government’s Conservative challengers.

The next Canadian general election is now seven months away, so politicians are in election mode.

The Investing News Network (INN) had a chat with the Conservative shadow minister for natural resources, Shannon Stubbs, about PDAC, the government’s recently released Minerals and Metals Plan and the Conservative Party’s pitch to miners when it comes to the upcoming federal election.

Hitting all the Conservative talking points, Stubbs said a Scheer government would “work with the private sector to reduce red tape, to streamline the regulatory process, to ensure there really are concrete timelines so that the regulatory process in Canada is stable, fair, predictable, clear, certain and timely.”

She also explained that she had heard concerns at PDAC that current government policy is making Canada’s competitors in the resources industry more attractive for investment.

Responding to the release of the Canadian Minerals and Metals Plan during PDAC, Stubbs took aim at its “aspirational” theme, calling it “a lot of good words” but “not a concrete action plan.”

When asked about the Conservatives’ prospects, Stubbs said they are very optimistic given what Canadians are telling them — and what the resources industry is telling them.

“We hear from Canadians that they are paying for the mistakes of this Liberal government, that they can’t afford more taxes and that they know, as we are trying to make the case, that if the Trudeau Liberals get another chance at government, taxes will go up, costs will go up, life will become even less affordable.”

She said that it is the Conservative Party’s goal to ensure that the resources industry in Canada can get ahead, and “not just get by.”

The Canadian federal election is to be held on or before October 21 this year. Read a little about what elections to look out for in 2019 in INN’s series: Investing in Election Season, parts 1, 2 and 3. You can also click here to view our full PDAC 2019 interview playlist on YouTube.