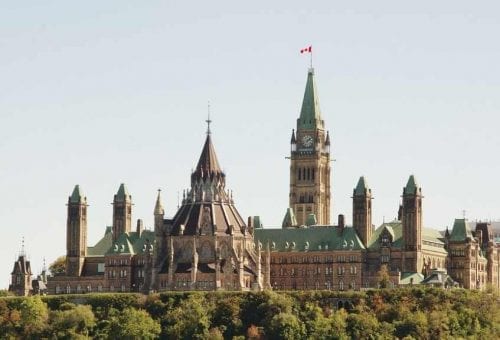 The Trudeau Government has released its Minerals and Metals plan, talking it up as a roadmap to leadership at PDAC 2019 -— though its Conservative challengers say its just good words and no substance.

The Canadian Government has released its vision for the future of the Canadian resources industry, with economic development and competitiveness coming first on a shopping list of hopes and dreams for the great white north’s future.

Minister of Natural Resources Amarjeet Sohi took to the Prospectors and Developers Association of Canada conference this week to promote the Liberal Government’s approach to the mining industry.

The Canadian Minerals and Metals Plan, which was released during the conference, is meant to be a “visionary plan to inspire and shape the future of Canadian mining”, and was described by Sohi to the Investing News Network (INN) as indeed, aspirational, with “tangible outcomes” to come after.

“As the next part of the process we will continue to work with the industry to develop an action plan with tangible outcomes.”

The aspirational bent of the plan was the big target for the Conservative Shadow Minister for Natural Resources, Shannon Stubbs, who told INN that her initial reaction to the plan was one of skepticism despite agreeing with the need for some sort of direction from the government.

“We certainly agree that the government of Canada needs to prioritize a strategic vision and a strategic plan for ensuring that Canada can remain a world leader in minerals and mining and metals. But my initial thoughts about what the government has released (is that it is) really aspirational.

“It is primarily a lot of good words, but I would say not a concrete action plan or next steps, so that’s exactly what we plan to unroll as we get to the next election and afterwards — to really talk in specifics about the ways that Canada can improve our competitiveness and our certainty to continue to be a world leader.”

Sohi told INN that the resources industry had been a big part of the plans development though, saying that “the industry was very supportive of the plan …because they see this as government coming to partner with them, to promote metals and minerals, and continue to support the industry, to create jobs that are necessary.”

Sohi also took the opportunity to say that the industry was supporting bill C-69, which the Conservative Party has pledged to repeal.

He claimed the industry supported bill C-69 — or the Impact Assessment Act — because it wanted clear direction and leadership from the government and “faster approval for good projects.”

PDAC also featured a quick visit from Canadian Prime Minister, Justin Trudeau, who made an appearance to talk up his government’s support of the mining industry.

“Five years is sort of for me giving a bit more stability and predictability, and drawing in investors and building the partnerships and planning for your horizon,” he said when asked why the tax credit was renewed for five years instead of the typical one year.

No mention though, of other political storms swirling around the Prime Minister in relation to SNC-Lavalin (TSX:SNC).