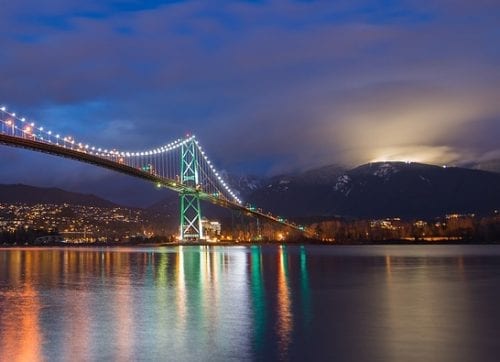 Conservative leader Andrew Scheer touched on regulatory concerns, environmental consultation and the development of the north.

Speaking at the 2019 Association of Mineral Exploration (AME) Roundup in Vancouver, Conservative Party leader Andrew Scheer said it was his goal to create a resources permitting process that made Canada more attractive to investors.

Besides reiterating plans to scrap the carbon tax and to repeal Bill C-69 — the Impact Assessment Act — he said that he and the Conservative Party were working on policies that would help with development costs at the starting point of exploration projects.

In a 15-minute address preaching to the choir of the mining industry, drawing bouts of applause from the full room of attendees on the last day of the conference, Scheer touched on regulatory concerns, environmental consultation and the development of the north.

On financing projects, Scheer said that he “will have something very exciting to say in the very short term about what a conservative government will do to incentivize and facilitate” early capital investment.

“It will be centered around the idea that by providing some assistance on the tax side, you can really create a lot of economic growth and prosperity down the line.”

In a sign that the politicians of Canada are gearing up for the October election (or maybe they never switch off), Scheer called various bills passed by the Liberal government “alphabet soup of regulatory, ideological burden” that slowed permitting and made Canada less competitive.

“We compete with other countries where you can do exploration 12 months a year. We have to provide incentives as a candidate to keep our industry ahead so that those jobs stay here in Canada, and investment opportunities don’t leave our country for others around the world.”

He said that the party was working on policies that would deliver more certainty to investors to ensure they were confident that millions spent on early exploration and development would not be wasted, adding that it was his desire to “beat the Australians” at the permitting game.

“There’s a mine in Australia that just did a lithium mine from start to finish that took three years. So there are frameworks around the world that we can look to.”

C-69 in particular, Scheer said, held nothing that would shorten any review process for mine permitting.

Environmental activists took a beating, with the conservative leader saying that while he believed there could be balance between industry and the environment, “environmental groups that are only interested in getting to a no aren’t true partners in trying to achieve that balance.”

Another major component of Scheer’s speech was to do with opening up the north.

“We will recognize that the future of mining in Canada relies on opening the north. Conservatives believe we need to give northerners the autonomy to make decisions based on their priorities …we reject the Liberal approach which is to treat the north as one big giant park.”