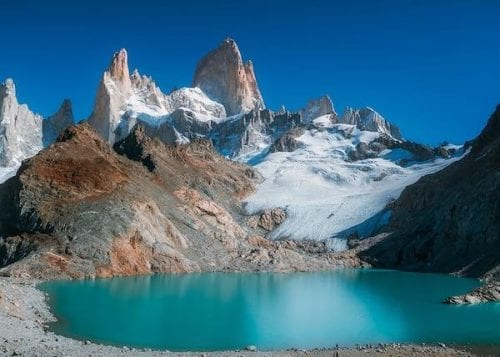 The Investing News Network takes a look at some of the elections happening towards the tail end of 2019, including Canada and Argentina.

Somewhere under the sun right now, there’s a politician that wants your vote, and as an investor you should be asking why they want your vote, and what them being in power would mean for your investments.

So far, this year has seen elections carried out in Nigeria, with incumbent president Muhammadu Buhari re-elected to lead Africa’s largest oil producer and an OPEC founding member — read about that election in part 1 of this series here, and about upcoming elections in Australia, South Africa and the Philippines in part 2, here.

Here, we take a look at elections towards the tail-end of the year — notable Canada, Argentina, Bolivia and Poland.

Canada — Federal (on or before October 21)

In the great white north, Liberal leader Justin Trudeau has been Prime Minister since 2015 when he and his party brought to an end nearly a decade of Conservative rule under Stephen Harper.

Four years later, the shine has seemingly come off the Trudeau brand — he roared into the office of the Prime Minister in 2015 but now polls are having a hard time deciding what he’ll be doing after the election.

Trudeau’s tenure has been marked by disputes (locally, provincially and federally) over the Trans Mountain Pipeline between Alberta and British Columbia — which was eventually bought off Kinder Morgan (TSX:KML) by Ottawa in May last year for C$4.5 billion in a bid to ensure an expansion plan was carried out.

Additionally, Trudeau and his government have become embroiled in controversy over Quebec-based engineering and logistics company SNC-Lavalin (TSX:SNC), with a rash of high-profile resignations from cabinet taking their toll.

Trudeau’s Conservative challenger — Andrew Scheer has built his pitch for votes around being business-friendly, telling miners in Vancouver in January that an alternative Scheer administration would make life easier for them and open up more opportunities in development.

The third-party leader, Jagmeet Singh has finally secured a riding to represent as a federal New Democratic representative after spending more than a year outside of parliament. Attention on the NDP is mostly drawn to adversarial provincial politics in British Columbia and Alberta where the party controls the Premiership in both provinces. Alberta is due for its own election on or before May 31.

In Argentina, centre-right President Mauricio Macri is up for re-election — while as of February it’s not official whether he will actually stand again, he’s been flirting with the idea since 2017.

Observers have noted that former two-term president and centre-left politician Cristina Fernández de Kirchner may well be getting ready to challenge Macri when the election rolls around in October.

Argentina is a major mining jurisdiction, with large gold, copper and lithium projects on the go — amongst everything else.

The mining industry has been wooed by the government since Macri’s election in 2015, with the current president widely described as “pro-business” compared to the interventionist Kirchner who oversaw a plunge in mining investment during her 2007-2015 tenure.

Under Macri, mining was declared a key industry — so the coming election will be closely watched by miners who want to see whether the pro-business bent of Argentina will continue.

Bolivia has been led by Evo Morales for 13 years now, and he’s up for re-election again after changing the constitution to allow a fourth tilt at office.

Morales could be in for a fight, with two former presidents (Carlos Mesa and Jaime Paz Zamora) and a former vice president (Víctor Hugo Cárdenas) running against him to leave the Andean nation, which analysts have said is rich in mining potential.

Speaking with INN earlier this year, Senior Director at Americas Market Intelligence Remi Piet said that under Morales, Bolivia was punching below its weight when it came to resources.

“We’re looking at Bolivia as potentially a very interesting jurisdiction for future mining investment in the next 2-5 years if indeed Morales has to step down.”

Morales himself heads the Movimiento al Socialismo (Movement for Socialism) party, which is unsurprisingly left-wing.

Mesa was president for less than two years between 2003 and 2005 and resigned as a consequence of the gas protests which also claimed the scalp of two-time president Gonzalo Sánchez de Lozada in 2003.

Poland — Parliamentary (no later than November)

In Poland, the Eurosceptic right-wing Law and Justice party heads to the polls with 1 additional seat to when it won the 2015 elections with a majority of seats in the 460-seat Sejm, or lower house.

Its leader in 2015, Beata Szydło served as Prime Minister until 2017 before resigning after winning a no-confidence vote in the Sejm, but losing the support of her party.

Former Minister of Finance and economist Mateusz Morawiecki has served as Prime Minister since, and goes up against the Platforma Obywatelska (Civic Platform) party, a centre-right party lead by former deputy Prime Minister and former foreign minister of Poland Grzegorz Schetyna, who served under Prime Minister Donald Tusk, who is the current President of the European Council. Tusk has since become busy throwing shade on the UK and Brexit.

Coal mining remains a mainstay of the Polish economy, generating the lion’s share of its energy — though the copper industry is also a major pull.

In 2018 Warsaw was looking to improve the books for copper producers by reducing taxes — though the primary benefactor would be state-run KGHM, a major employer that would be close to the hearts of many voters as the eastern European country.

This years election will see the government trying to recover from a corruption scandal.

While INN has only looked at Ukraine and Poland in Europe — politics in the old world are worthy of keeping an eye on all the way through 2019 as Brexit catches up to the UK, and nationalist, protectionist and populist leaders make gains all around the continent.

We’ve now explored 11 major elections with an impact on the resources world; read part 1 of this series here, and part 2 here.

INN will look into the issues facing the resources industry and their economies at large when the respective polling days roll around.

Want to know more about elections in a jurisdiction not listed? Let us know!