When it comes to commodities, diamonds may be a girl’s best friend, but governments aren’t as picky. With the recent posturing of the Mongolian government to rewrite the investment agreement with Ivanhoe Mines Ltd., investors are fearful that “resource nationalism” will make mining companies a losing bet. 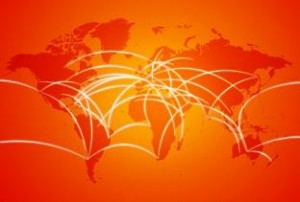 When it comes to commodities, diamonds may be a girl’s best friend, but governments aren’t as picky. With the recent posturing of the Mongolian government to rewrite the investment agreement with Vancouver-based copper and gold miner Ivanhoe Mines Ltd. (TSX:IVN), investors are fearful that “resource nationalism” will make mining companies a losing bet.

Mongolia is only the latest on a growing list of national governments eager to balance budgets or promote diversified economic growth by diverting profits from miners to government coffers. Peru and Australia are just a few of the other jurisdictions who have, or are looking to, implement “super profit” taxes or adjusted royalty rates on existing and new resource and energy projects.

This dynamic is so prevalent of late that the 2011 Ernst and Young Mining and Metals Survey identified resource nationalism—the nationalization of ownership and control over a resource base—as the top business risk facing mining companies globally in 2011-12.

At their most invasive, governments can create rules and regulations which expropriate mineral resources, infrastructure or access to essential operational components of a business; referred to as “regulatory takings.” Few governments, outside of Venezuela, have gone this far, but some experts say the effect to investors confidence is sometimes just as detrimental.

Not only would changing taxation levels limit investments into existing operations, but Macleod Dixon LLP Partner Darryl Levitt noted that Australia’s proposed 2010 Super Profits Tax “would also have the effect of lessening the incentive to develop greenfield projects by increasing the cost of risk.” Investors shared these fears this week when Ivanhoe Mines lost 12 percent of its share value Monday over fears of reduced risk rewards.

As miners and governments search for ways to resolve disputes over royalty and taxation, some have suggested more robust responsible and sustainable mining programs can go a long way to reduce perceived injustices over profit sharing.

In the recent Mining and Metals Business Risk survey, Ernst and Young suggest that one of the principal reasons governments have been looking to increase profit sharing is to reduce two track economic growth within their countries. Avoiding “Dutch Disease”, the decline in price competitiveness for exports and increases in imports due to rising currency prices led by commodity-based economies, has long been a challenge for countries with a heavy dependence upon resource based economic growth. Efforts by mining companies to foster robust local economic and human development can do much to minimize Dutch Disease-induced long-term economic stagnation and allow mining companies to reduce operational challenges holding back increased productivity while meeting customer demands.

Running just behind resource nationalism on the top 10 business risks were a shortage of skills at number 2 and access to infrastructure at number 3. Both of these risks could be minimized if companies more vigorously engaged in community development programs and collaborated with government agencies to achieve their domestic goals.

A recent Publish What You Pay report noted that one third of the world’s ten most powerful oil, gas and mining companies own 6,038 subsidiaries, one third of which are incorporated in jurisdictions which do not require companies to disclose financial payments. A boost in financial transparency amongst these subsidiaries would allow citizens to hold governments accountable for resource revenues and could potentially minimize one of the key drivers for resource nationalism in the 21st century: perceptions of domestic constituents.

Ernst and Young listed a number of strategic steps mining companies can take in order to reduce the risk of creeping government intervention which also align with responsible and sustainable mining practices:

Barrick Gold’s (TSX:ABX) Pierina mine in Peru was recently lauded for their efforts in this regard. A report conducted by the Australian government stated that Pierina contributes positively to competitiveness, creates a stable business environment, retains a skilled base of employees and provides essential services to the community.

Yet, despite these efforts, Peru seems ready to pass new mining tax legislation to “to build roads and schools to fight rural poverty.”

But should governments divert mining profits too far away from the mining sector it carries the risk of killing the goose the lays the golden egg. While it is critical for communities and local economies to benefit from mining booms, governments must also remain attentive to the forces that give value to their resources in the first place. In the long run, companies can profit from continued regional and community engagement and investment. And so can investors.