By Melissa Pistilli-Exclusive to Resource Investing News Diamond Investing News Namibia, world-renowned for its Orange River diamonds, is experiencing a steep decline in its diamond export trade. Diamonds account for over 40 per cent of Namibia’s export earnings, 10 per cent of its GDP and 7 per cent of government revenue. The economies of many … Continued 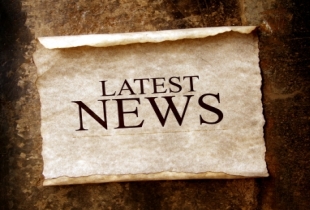 Namibia, world-renowned for its Orange River diamonds, is experiencing a steep decline in its diamond export trade. Diamonds account for over 40 per cent of Namibia’s export earnings, 10 per cent of its GDP and 7 per cent of government revenue.

The economies of many African nations depend upon commodities exports and trade has suffered greatly under the global recession. Diamond giant De Beers has had to significantly curtail production at its Namdeb mine.

The slump in the diamond industry is leading the Namibian government to consider uranium mining and gas field drilling.

For more insight into Namibia’s economic situation and possible implications for the diamond trade,  look for Reuters’ interview with the nation’s central bank governor taking place on Thursday.

Many analysts are warning the gold market is in the midst of a bubble waiting to burst. However, prices are forecasted to go higher in the short term.

Where do gold miners place in this environment? Usually, gold mining stocks follow gold spot price higher, but bubbles like this make them risky investments for the short to medium terms.

Should investors worry about a gold bubble burst? Not if you’re in it for the long haul. Many analysts, and not just the goldbugs, believe gold will continue to increase in value over the long-term. Of course we can expect some dips, but the aftershocks of the global recession are anticipated to carry into the next decade, making gold’s safe-haven appeal all the more enticing.

Iranian President Mahmoud Ahmadinejad and Bolivian President Evo Morales met in Bolivia this week and made agreements concerning Bolivia’s lithium resources. Whether or not rare earth metals like lithium replace oil as the world’s leading energy source, Iran definitely wants to keep a strong presence in the energy markets.

Bolivia is home to half of the world’s known lithium reserves and is estimated top hold up to 100 million tonnes of the “grey gold” in the Salar de Uyni region in southern Bolivia. Despite its vast holdings, Bolivia’s lithium has yet to go to market.

France, South Korea and Japan are also willing to help Bolivia with its lithium market and have offered free services. But, no hopes yet of foreign miners making a profit. The lithium in Salar de Uyni, says Morales, should be controlled by Bolivia for the benefit of Bolivians not foreign companies.

The Bolivian government is moving ahead with plans to extract and produce the metal and has launched a $6 million project to assess the mineral deposit. But, there are worries it may be contaminated with magnesium, making it harder and more expensive to extract usable lithium.

By 2014, the country hopes to have its first lithium refining facility producing about 200,000 tonnes of lithium a year.

Price positive factors such as strong performance from gold, a lackluster dollar, rising inflation concerns, and resurging industrial demand in Asia are likely to bring silver into the $20 range in the short term, say analysts.

Actions like central bank buying and increasing institutional investment will keep gold prices rising bringing silver along for the ride. “Actions from central banks are very important at the moment,” said Commerzbank AG analyst Eugen Weinberg. “The purchase from India was like a seal of prices above $1,000 an ounce. Also, other central banks are buying gold.”

GFMS Ltd reports silver will likely move past $20 in the short term on strong investment demand.

CPM Group says growing industrial demand and continued investment demand should help push silver past the $20 level and into the $25 range in 2010.

GFMS expects industrial demand to be down about 20 per cent for 2009, but sees demand reaching “normal levels” in 2010 as markets recover and new markets emerge.

New markets for industrial use include solar panels, biocides, medical equipment, LCD/plasma TVs, water purification, and silver-zinc batteries for use in small portable electronics to automobiles.

Much like the debate over peak oil, questions concerning the ability of the earth’s uranium reserves to meet the expected demand of a world gone nuclear are beginning to make waves.

The IAEA and the NEA both claim that enough uranium exists to power existing plants for another 100 years. Nevertheless, both concede that a huge effort and large amounts of investment on the part of the uranium mining sector will be needed if future demands are to be met. According to the IAEA/NEA Red Book, “currently identified resources are adequate to meet this expansion.”

In 2008, global uranium consumption was reported to have surpassed production and it is expected to do so in 2009 and 2010.  However, exploration spending was down 20 per cent in 2008 and this trend will likely continue as spot prices remain depressed giving miners little incentive to invest time and money on extracting resources.

According to a recently controversial report by Dr Michael Dittmar of the Swiss Federal Institute of Technology, western uranium stocks will run out in 2013. Dr Dittmar asserts that the notion of uranium as an abundant resource is misguided. However, Dittmar’s findings are quickly becoming a contentious topic in the nuclear industry.

The type of magnetite sourced vanadium-iron-titanium deposits the company is identifying and developing are not very common. This type of ore can be processed to meet the steel mill specifications without requiring the blending process that’s commonly used throughout the industry to make alloy steel.

On Thursday, shares of Apella were trading at .22 cents.

On Thursday, shares in Energy Fuels were trading at .26 cents.