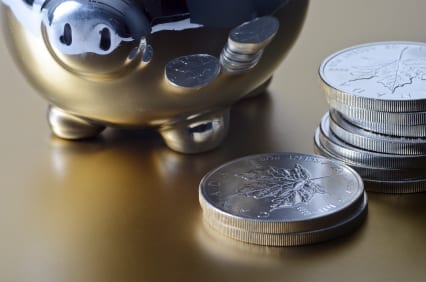 This year’s Vancouver Resource Investment Conference (VRIC) just wrapped up, and one of the most attended panels was the silver opportunities in 2017.
The panel was moderated by Marin Katusa, Katusa Research, and featured Brad Cooke, CEO of Endeavour Silver (TSX:EDR) and Robert Archer, President and CEO of Great Panther Silver (TSX:GPR).
Katusa started by asking the panelists their forecast for this year for the precious metal and how high would prices go in 2017. Cooke said that the silver outlook was the best of all commodities and that 2017 was the year of the wild card, with price peaks between $22 and $24.


Give me my free report!
But for most of the year he sees silver prices in the $16 to $18 range. “Wall street is assuming the fed is going to rise interests but I am skeptical. It will affect their business if they do,” he added.
Despite this, Cooke is bullish on the precious metal and said that silver is the place to be in the next three years.
Archer agreed with Cooke and highlighted the volatility of the metal and seasonal pricing for this year, with his forecast for prices ranging from $18 to $19. “I do not see a sharp rise compared to last year. But silver will outperform gold in 2017.”
A major news story in 2016 was the silver fixing case that revealed major banks conspiring to rig silver prices. Katusa did not miss the chance to ask panelists their thoughts on this important matter for the industry.
“There is manipulation and price fixing and prices are determined by the futures market and not fundamentals. But how much impact this has is difficult to say,” Archer said.
Cooke also agreed that bankers take advantage and certain trades are manipulated, “But how can you prove it? You can’t, because it happens every day,” he added.

Another topic discussed in the panel was the costs of operations in Mexico, where both companies have projects. The discussion included concerns about the Mexican economy and political risks now that Trump is officially the US President.
Archer said that there are no direct risks for operating in the country, but the biggest impact has been the currency declining, as the Mexican peso has recently lost over 20 percent to the US dollar.
“The bad news for mining in Mexico are the rising taxes, but the good news is that the Mexican peso will continue to decline,” Cooke said.
“We’ve done the most cost cutting we could for our operations, cutting 50 percent of the costs across the board. But again, this year wild cards will drive operating costs,” he added.

Katusa also asked them about their dividend policy, but both CEOs agreed that even though this would be a better year for stocks if prices rise, they will consider dividends in the future once more stability is reached.
On a different note, panelists also discussed their thoughts about mergers and acquisitions, and both agreed that there will be more this year compared to last.
“Higher silver prices will allow for better projects and this will result in more mergers and acquisitions,” Cooke said.
In closing, Katusa asked them about the recent election of Donald Trump and whether he could stay in office for two terms, and both panelists seemed hesitant about a re-election. Archer said that we are entering a new age of political volatility but that, at the end, Trump had the potential to make beneficial changes in the world.
Stay tuned for more coverage of VRIC, and in the meantime check out the Investing News Network’s Sunday and Monday overviews of the event.
Don’t forget to follow us @INN_Resource for real-time news updates!
Securities Disclosure: I, Priscila Barrera, hold no direct investment interest in any company mentioned in this article.