With the Federal Reserve’s announcement on Monday, April 27 that interest rates were going to remain low, the price of silver surged up to a high near $50 an ounce, as fears of a coming United States currency inflation were reinforced and investors continue to put funds into silver as an alternative to the much more expensive gold. 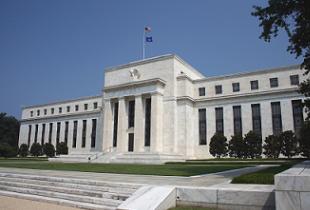 With the Federal Reserve’s announcement that interest rates would remain low for an extended period of time, the price of silver surged up to a near $50 per ounce high, as fears of a coming United States currency inflation were reinforced and investors continue to put funds into silver as an alternative to the much more expensive gold.

“I think the administrative rates will be kept quite low for some time to kick-start the US economy, so they’re not putting the first focus on controlling inflation as they probably are in Europe, creating a weakness in the US dollar,” said Patricia Mohr, Industry & Commodity Research at Scotia Capital.

This announcement is one in a series of events that have been favorable for silver prices amidst growing concerns about the weakness of the US dollar, particularly against the Euro as the Central Bank of Europe has begun monetary tightening by increasing interest rates. As a further show of insecurity in the US dollar, on April 18, 2011, ratings agency Standard & Poor (S&P) changed its view of America’s long-term credit prospects from “stable” to “negative.”

“It looks as though the Euro and the Central Bank in Europe is in a tightening mode know while the Federal Reserve Board is holding off tightening.” said Mohr. “Investors don’t really have much faith in the two reserve currencies – either the US dollar or the Euro, so I think they’re really turning to precious metals as a safe haven, and that’s sort of in a nutshell what’s driving the price forward.”

There is no question that silver has been one of the top performers in the United States commodity market, approaching its 1980s high, but this is leading some to question how long this trend can last before heading for a correction.

“Silver has been quite volatile recently. Normally when there’s not a lot of anxiety about government defaults and inflation and other commodities going through the roof, I think silver tends to be very boring and stable, but now silver has taken off and the volatility in silver is a lot more than gold here,” said Wayne Atwell Director of Research and Supervisory Analyst at Casimir Capital. “If I had to predict, I would say that silver will tend to go higher and peak fairly soon – two weeks, two quarters – and then turn down. I wouldn’t want to be putting a lot of my wealth in silver right now because I think it very vulnerable and it’s above where it belongs, but having said that I think it will probably go higher on a short-term basis.”