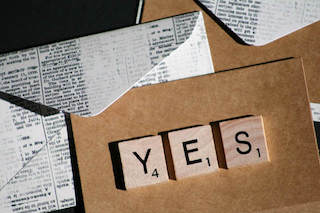 The Guatemalan Supreme Court has reinstated Escobal’s suspended mining license, but protesters continue to block access to the silver mine.

Escobal, one of the world’s largest silver mines, will be able to resume production after a ruling from the country’s highest court.
According to Tahoe Resources (TSX:THO,NYSE:TAHO), the owner of the mine, the Guatemalan Supreme Court has reinstated Escobal’s suspended mining license. The company’s share price gained over 30 percent on the news, though Tahoe said it expects interested parties to appeal the decision.
Tahoe also said it is still working the the government and community around Escobal to resolve a roadblock to the mine set up by protesters. The company said mining could recommence at Escobal within a week once the road is clear, but it is not known how long that process will take.


Take Survey
“While we support the rights of all peoples to peacefully protest, we do not support the illegal blockage of public highway by non-locals which has had a devastating economic impact on our employees, contractors and communities,” said Ron Clayton, president and CEO of Tahoe.
The situation at Escobal has been developing since May, when CALAS, a non-governmental organization, filed a claim against Guatemala’s Ministry of Energy and Mines. CALAS alleged that the ministry violated the Xinca indigenous people’s right of consultation before it granted the mining license for Escobal.
The country’s lower court provisionally suspended Escobal’s mining license in July, and Tahoe said at the time that the suspension would remain until CALAS’ action was “fully heard.” Tahoe also said that it would “take all legal steps possible to have the ruling reversed and the license reinstated as soon as possible.”
The Guatemalan Constitutional Court upheld the lower court’s decision at the end of August, but as mentioned, the Supreme Court’s Monday decision will allow Escobal to operate once again. As part of its decision to reinstate the mining license, the Supreme Court has ordered the country’s Ministry of Energy and Mines to conduct a consultation with the Xinca and report the results within 12 months.
Tahoe’s Guatemalan subsidiary, Minera San Rafael, is asking the Supreme Court for clarification about the exact geographic area of the Xinca communities that will be included in the consultation.
In August, Tahoe suspended its Q2 dividend payment and company-wide guidance due to the uncertainty surrounding Escobal. The company also issued a reminder on Monday that until operations at Escobal restart, it can only access $75 million of a $300-million credit facility that it entered into on July 18, 2017. In addition to Escobal, Tahoe also operates gold mines in Canada and Peru.
Don’t forget to follow us @INN_Resource for real-time news updates!
Securities Disclosure: I, Melissa Shaw, hold no direct investment interest in any company mentioned in this article.