Thus far this week silver has managed to keep its head above $21, even in the face of news that the US Federal Reserve may raise interest rates sooner than previously expected. 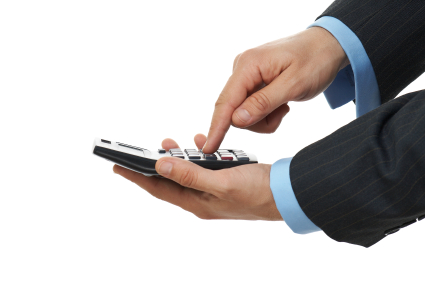 Last Thursday, Standard Bank warned silver market watchers not to be too excited about the white metal’s upward momentum as it has recently been “finding strong resistance on approach of $20.50.”
Since that time, however, the South African bank has been forced to eat its words — the very next day silver gave investors the Valentine’s Day gift of a four-month high, hitting $21.295 per ounce as its appeal as a hedge against inflation grew. That came on the back of data “showing that price pressures may be building in the US,” as per iNVEZZ.com.
This week, silver has improved on that gain, though Monday’s US holiday meant it was a little slow off the blocks. That sluggishness did not last long though — Tuesday, after sinking to $21.28, its low for the week thus far, the white metal rebounded to $21.97.
Wednesday, however, brought another pause in silver’s movement as traders waited for the release of the US Federal Reserve’s January meeting minutes. Their publication at the end of that day showed that some Fed policy makers “may consider raising interest rates sooner than previously expected,” ABC News states — unfortunately that news sent metals prices lower. For its part, silver closed down at $21.53.
Today silver again perked up, responding to disappointing US and Chinese manufacturing data, according to Reuters. It peaked at $21.90 midway through the afternoon, ultimately closing at $21.82 per ounce.
Company news
Vancouver’s SilverCrest Mines (TSXV:SVL,NYSEMKT:SVLC) on Monday provided the results of further delineation underground drilling completed at its Mexico-based Santa Elena mine in the fourth quarter of 2013. N. Eric Fier, the company’s president and COO, said that the program “was successful in confirming good continuity of the Main Mineralized Zone (MMZ) and high grades for the initial planned production stopes to be mined in 2014. Valuable information was also provided from this program to better define overall reserves and subsequent stope designs.”
SilverCrest followed that news up two days later with the announcement that it has entered into an agreement whereby a syndicate of underwriters will purchase 7,700,000 common shares of the company for gross proceeds of $20,020,000 on a bought-deal basis.
Pan American Silver (TSX:PAA,NASDAQ:PAAS), the world’s second-largest primary silver producer, released a slew of news this week. Wednesday, the company’s board of directors approved a quarterly cash dividend of $0.125 per common share; it will be distributed on or around March 17, 2014. The same day, Pan American said that due to a “very successful mine-site exploration campaign,” it has not only replaced the silver ounces it mined in 2013, but also “increased [its] silver mineral reserves by 2% to a record 323.5 million ounces.”
Finally, on Thursday, the company released its results for the fourth quarter of 2013, as well as 2013 as a whole. For the full year, it achieved silver production of 26 million ounces and gold production of 149,800 ounces, both of which are record amounts. However, while Pan American’s revenue for 2013 came to $824.5 million, it incurred a net loss $445.8 million, including a non-cash impairment charge for its Dolores mine (net of taxes) and a non-cash deferred tax charge of $86.8 million due to an alteration in Mexico’s tax rate.
Junior company news
Colombian Mines (TSXV:CMJ) on Wednesday said that it has collected reconnaissance samples assaying from 935 to 1,120 grams per tonne (g/t) silver, 3.88- to 9.54-percent copper and 0.992 to 1.258 g/t gold from the northernmost belt of mineralization at its Mercedes project.
The results “identify an important extension of high grade mineralization along a major structural corridor, and demonstrate the importance of airborne geophysics in identifying prospective targets within the large Mercedes project area,” the press release notes.
The same day, Bayhorse Silver (TSXV:BHS) filed a NI 43-101 technical report on its Oregon-based Bayhorse silver mine property, noting that it has submitted about 300 kilograms worth of mineral samples to Met-Solve Laboratories for “Dense Media Separation testing and to confirm the flotation recovery results from prior operators.”
Earlier today, Trevali Mining (TSX:TV,OTCQX:TREVF) revealed that it has achieved commercial production at its Peru-based zinc–lead-silver mine. In 2014, it expects to produce 42 to 45 million of zinc, 15 to 17 million pounds of lead and 700,000 to 720,ooo ounces of silver.