In an exclusive interview with Resource Investing News, Gavin Dirom, President and CEO of the Association for Mineral Exploration British Columbia (AME BC) speaks about the significance of the decision and shares his outlook for the mining industry in BC. 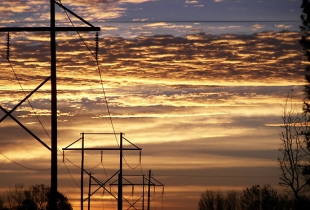 The recent approval from the federal government for the Northwest Transmission Line has been hailed by the mining industry as a vital step towards ‘a new era’ in mineral exploration in the province of British Columbia. The environmental certificate granted to BC Hydro on May 6 gives the all clear for the proposed $404 million, 344-kilometer transmission line project that will run from the existing Skeena substation near Terrance, to a new station ending near Bob Quinn Lake, in the so called ‘Golden Triangle’ of Northwest British Columbia.

In an exclusive interview with Resource Investing News, Gavin Dirom, President and CEO of the Association for Mineral Exploration British Columbia (AME BC)  about the significance of the decision and shared his outlook for the mining industry in BC.

Landmark decision for the BC mining industry

Plans for running a power line up to the Golden Triangle of Northwest British Columbia have been in the works for the past few years, and having already secured federal and provincial funding commitments as well as an environmental certificate from the BC Environmental Assessment Office, the federal approval was effectively the final and most important piece of the puzzle.

Dirom’s sentiments about the decision are a mixture of relief and excitement; he cites the efforts of the Northwest Power Line Coalition (of which AME BC is a member) and First Nations groups in contributing towards a “dream that has been realized,” but is equally enthusiastic about the prospects of this “huge investment in infrastructure that will drive exploration and development in Northwest British Columbia… which has always been a hotbed of activity.”

“With the infrastructure going in,” Dirom adds, “it just makes projects more viable… it makes the economics more viable.”

The projects Dirom is referring to are some of the most promising mineral deposits in the world, which many in the mining industry have dubbed ‘world-class.’ Dirom agrees, and believes that these projects should be considered “world-class with credibility” now that they are set to be integrated into the provincial power grid.

With gold prices hitting a record high of $1,557.40 an ounce earlier this month, the operators of these promising sites are eager to see the link put in place as soon as possible. But Dirom indicates that it may be well into 2013 before the Northwest Transmission Line is fully operational. BC Hydro’s own production schedule suggests a similar timeline.

When construction does finish though, Dirom firmly believes these world-class sites will have “25 year-plus life spans… they will be multi-generational.”

“Once you get a mine up and running,” he notes, “it can weather [price fluctuations]… it’s very hard to knock down.”

Bright future for everyone involved

This confidence in both the robustness and potential of the projects in the Golden Triangle region leaves Dirom bullish in his outlook for the mining industry in British Columbia. Looking further ahead, he sees a link up of the Yukon Territory to the BC power grid as a possibility, which could be “a shot in the arm… a real positive for explorers [in the region].”

Dirom is keen to emphasize, however, that while the Northwest Transmission Line will certainly be a boon for mining, it will also have a tremendous benefit on local communities. “Thousands and thousands of jobs will be created,” says Dirom, “and what’s also important is that communities will be moving off of diesel-generated power.”