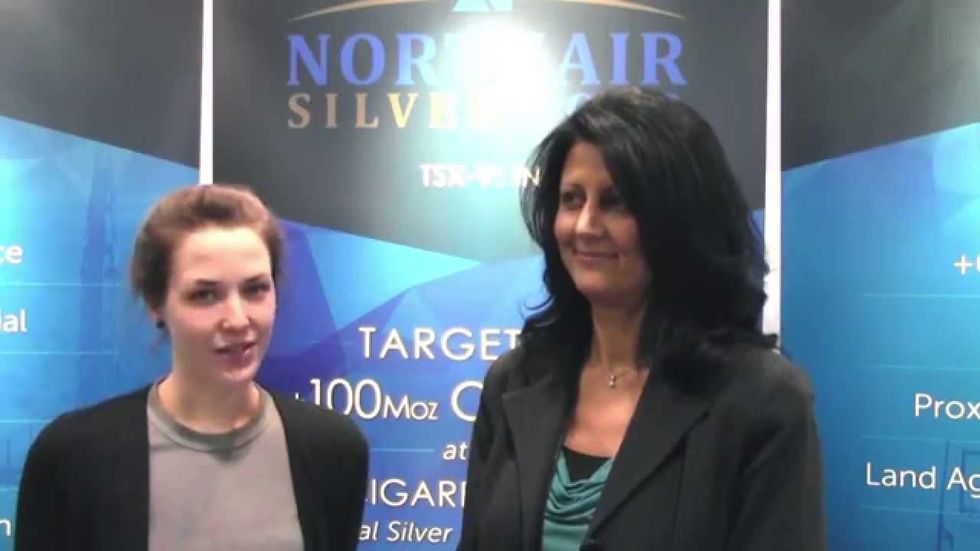 Andrea Zaradic recently took the helm at Northair Silver, and was able to shed some light on the changes at the company in the last six months or so. “Our focus is silver, and silver in Mexico,” she said.

At last week’s PDAC convention, Resource Investing News had the chance to speak briefly with Andrea Zaradic, CEO of Northair Silver (TSXV:INM). Zaradic recently took the helm at Northair and she was able to shed some light on the changes that have taken place at the company in the last six months or so.

“We have a new management team and a new board of directors,” she said, “and we’re fairly well funded, we have just a little over $4.2 million in the treasury. But our focus is silver, and silver in Mexico.”

Specifically, Northair is focused on its La Cigarra project, where the start of a third phase of metallurgical testing was just announced. Highlighting the significance of that work, Zaradic commented, “we’re one of the few advanced-stage exploration projects that’s actually done some metallurgical testing, and that’s on the back of an updated resource estimate.”

In closing, she outlined what she expects from the silver price in 2015 and said that in addition to the metallurgical testing, an 8,000-meter drill program is planned at La Cigarra this year.