In an exclusive interview with Silver Investing News Vic Chevillon V.P. of Exploration for Levon Resources, and David Wolfin CEO of Avino Silver and Gold Mines Ltd, discuss what makes Mexico an important jurisdiction to the silver mining industry. 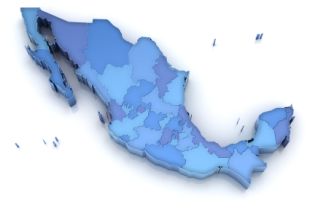 Mexico is one of the world’s largest silver producing nations. The country hosts a prolific silver belt which extends for roughly 800 km alongside the Sierra Madre Occidental mountain range, from the state of Chihuahua through to Zacatecas.  Since the Spanish exploration in the 17th century, billions of ounces of silver have been recovered along Mexico’s silver belt. The country is home to some of the world’s oldest and most sought after silver mining jurisdictions and it is no surprise that it has attracted many exploration companies to these regions.

David Wolfin CEO of Avino Silver and Gold Mines Ltd.(TSXV:ASM) discussed with Silver Investing News the attraction of Mexico’s silver belt. “The geology is such that there are a multitude of mineral-rich resources, which have been known for hundreds of years. The Spanish came to Mexico and discovered what is now referred to as the Sierra Madre silver belt, where over 1 billion ounces have been found; it’s a prolific area,” stated Wolfin.

Avino’s main silver deposit, the Avino Mine, is located outside of the city of Durango. The company expects to produce 1.1 million ounces of silver equivalent in the first year at a cost of just $7.62/oz. Within 2 to 3 years, the company is looking to become a multi-million ounce producer.

The Sierra Madre silver belt is home to many notable deposits with several companies actively exploring and mining the area. Pan American Silver Corp. (TSX:PAA)(NASDAQ:PAAS), ECU Silver Mining Inc. (TSX:ECU), and Endeavour Silver Corp. (TSX:EDR)(NYSE:EXK) are just a few of the companies with deposits in the region.

“The mines near the surface have been under-explored, and at depth a lot of these deposits haven’t been explored at all. A hundred years ago they hand-mined high grade veins near the surface, so there is great opportunity under these structures,” Wolfin added.

Wolfin explained that in Mexico “companies are looking for past producing mines from hundreds of years ago, and using modern exploration tools to see if mineable resources still exist, following the old adage ‘the best place to mine is where they mined before’.”

To the east of the Sierra Madre lies what Vic Chevillon, V.P. of Exploration for Levon Resources Ltd. (TSXV:LVN), calls the “transcontinental” silver belt. The region, which stretches through the interior of Mexico, is home to the 1 billion ounce Penasquito Mine owned by Gold Corp. (NYSE:GG)(TSX:G), as well as, among others, the Levon Resources Cordero Project, which just reported indicated and inferred resources totaling 440 million ounces of silver.

Porphyry deposits can host massive amounts of silver, and as Chevillon explains, “It appears we are dealing with a transcontinental porphyry controlled silver, gold, zinc, lead belt.”

“The transcontinental belt is a picture of things to come. Mexico is going to be the scene of major exploration for these types of large scale, low grade, bulk tonnage porphyry controlled deposits that can be mined by open pits,” he added.

The transcontinental silver belt, inland from the Sierra Madre, is proving to host massive deposits. Between the Penasquito and Cordero deposits, silver reserves upwards of 1.5 billion ounces have been identified.

The long tradition of silver mining in Mexico is a benefit to companies actively pursuing deposits. Wolfin explains, “Mexico is mining friendly, and labor costs are cheaper than the rest of North America. The labor force is knowledgeable of mining practices and equipment.” As such, the region is going to remain a main hub of silver mining going forward.