Silver’s $30-50 per ounce range has historical importance for silver. A price range that once offered nothing but resistance, is now a support. 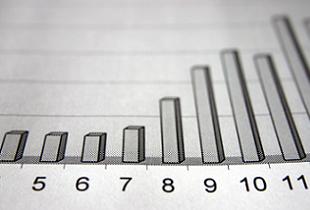 Silver climbed quickly to a high of $49 US in April, but never quite hit the $50 mark before a one-week price decline of 30 percent dropped it to the mid-$30s where it has bounced around since. According to Bill Downey, an independent silver and gold price analyst, and author of Goldtrends.net, this range actually has historical importance for the metal, because these prices were once a resistance, but are now a support.

“As far as a return to 50 (US dollars per ounce), the best way to look at it at the moment is that a new trading range has been established for silver in the 30-50 area. If trends and silver acts like they have historically, then we could see a wide trading range for an extended period where 30 on the low end and 50 on the upper end could become a range for a while. The past has shown it takes a while to work off these types of plunges,” said Downey in an interview via email. “The analysts who have called for these prices have been correct so far over the past few years and we should continue to respect their forecasts, with patience as a virtue.”

Downey says that though silver has been showing instability in recent weeks, sustained global demand, sovereign debt and fears of rising inflation rates have not subsided, forecasting a positive outlook for prices going into the future.

Silver futures are already rebounding as traders bet that the sell-off at the beginning of the May pushed prices too low, while industrial demand remained steady. Futures had slipped from late-April highs, as the Comex raised the cost of holding contracts and other commodity prices fell. Ongoing issues of debt in Greece and the rest of Europe also keep making people look for a paperless currency like gold – as well as silver – and the prospect of rising inflation continues to loom in the United States.

“While there was a lot of damage done to the charts and traders, the one thing that is not letting up is physical demand in coin shops, in India, in China, and even the US Mint are still reporting huge sales as recent as this week,” said Downey. “Only when we see inventory increase and ‘debt bombs’ get solved, Middle East tensions drop and US getting serious and lower inflation, then we can begin to talk about a longer correction in metals. Otherwise, we should expect the trends to continue.”

Downey says another factor that indicates a positive future for silver prices is that like gold, production has not dramatically increased to meet a growing demand in coins, investment and technology. According to The Silver Institute, supply increased only modestly from 877.1 million ounces in 2002 to 1,056.8 million in 2010. Meanwhile, price went from $4.37 per ounce in 2002 to $49 in 2011 – an increase of over 1000 percent. Mexico, Peru and China were the leading producing countries in 2010, with gains coming from primary silver mines and as a by-product of lead/zinc mining activity.

“China is no longer exporting silver cuts back on supply. Refineries are at 24/7, so even if there is plenty of silver a manufacturing ‘bottleneck’ still exists for current demand is higher than refinery output,” said Downey.