Its share price may be down, but Fortuna Silver Mines still holds value. 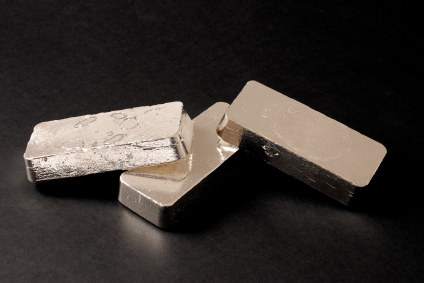 When silver was dragged down by gold‘s mid-April nosedive, many companies mining and exploring for the white metal also suffered losses. Now, investors are faced with the task of identifying which companies remain promising despite having seen share price declines.

Fortuna Silver Mines (TSX:FVI,NYSE:FSM), a company with two operating silver mines and “extensive” property holdings in Peru and Mexico, appears to be one company that is still positioned to perform well.

Most recently, Fortuna announced that exploration drilling at the Ramal Piso Carolina and Don Luis veins, both of which are located in Southern Peru’s Caylloma Mining District, the site of the company’s Caylloma mine, intercepted high-grade silver-gold mineralization. The veins are situated north of the Aminas, Bateas and Soledad veins, which Fortuna is currently mining, a Northern Miner article notes.

One highlight is 1.7 meters of 105 g/t silver and 21.28 g/t gold drilled in the Ramal Piso Carolina vein. Dr. Thomas I. Vehrs, vice president of exploration at Fortuna, explained in a company press release that the results for this vein are significant for the area in that the vein houses “the first discovery of high-grade gold mineralization in the district. The high-grade mineralization remains open to depth and laterally to the northwest and to the southeast with exploration drilling continuing in the area to further test the lateral and depth extensions of the high-grade zone.”

Jorge A. Ganoza, president and CEO of Fortuna, described the results as “solid,” commenting that “[w]ith $68 million in cash, a $40 million untapped credit facility, and … growing low cost silver and gold production, Fortuna is in a solid position to carry out [its] strategic objectives in this lower price environment.”

Those objectives include a growth plan: last year, the company initiated an expansion plan that will increase the annual production of its San Jose mine, located in Mexico’s Taviche Mining District, to an average of 3.2 million ounces of silver, 25,000 ounces of gold and 4.6 million silver equivalent ounces, according to the company’s website. That’s well up from the 2.4 million ounces of silver and 20,600 ounces of gold that the mine is expected to produce this year and bodes well in a market in which expansion is not an option for many companies.

As Resource Investing News reported yesterday, a good way to gauge how a company is doing is to take a look at insider trading activity. That’s because, as The Globe and Mail notes, insider trading signals that “corporate executives are smelling bargains.”

Insider Monkey, a company that tracks the transactions of the top insiders, agrees with that idea, stating in a recent article that “[t]here are many reasons for an upper level exec to cut shares of his or her company, but only one, very simple reason why they would initiate a purchase.” It is for that reason that the company is watching with interest what hedge funds, which are geared toward wealthy, sophisticated investors, have been doing with Fortuna.

What it has learned is that prominent hedge funds like Sprott Asset Management, Citadel Investment Group and SAC Capital Advisors have been amassing valuable positions in Fortuna, indicating that they are bullish on the company.

Further, on May 9, just days before Fortuna released its Caylloma drill results, Canaccord Genuity raised its price target on the company from C$6 to $6.25, the Mideast Times reported. Similarly, Raymond James analysts upgraded the company’s shares from “market perform” to “outperform,” raising their price target for the company $1, from $4 to $5.

Global Hunter Securities, which initiated coverage of Fortuna on April 25, set a buy rating on its shares and targeted the company’s share price at $5.

While TheStreet downgraded the company from “hold” to “sell” on April 18, the positive sentiment directed at the company by other firms makes it one that investors should keep an eye on.

Keep Calm and Carry On: It’s Business as Usual for Agnico-Eagle