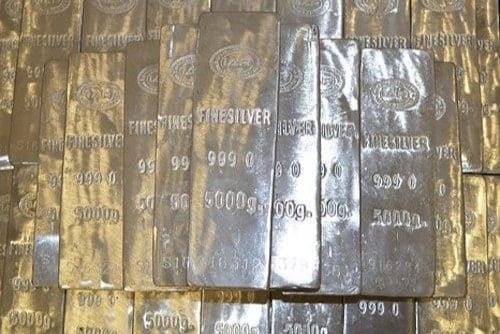 The silver price hit a high of US$18.40 per ounce in Q3, but what are the best silver stocks on the TSX? We’ve got the answers here.

Silver surged during the third quarter of the year, and some silver stocks followed. The metal rose over 13 percent during Q3 and hit a high of over US$18.40 per ounce on September 2.

Although the white metal lost some steam towards the end of the quarter, many silver companies managed to make progress and expand the resource potential of their assets. Now that Q3 has come to a close, the Investing News Network has rounded up the best silver stocks on the TSX that have seen the biggest share price gains year-to-date.

The list below was generated on October 2, 2019, using TradingView, and all companies listed had market caps above C$50 million at that time.

Silvercorp Metals has multiple silver mines throughout China. It focuses on acquiring underdeveloped projects with resource potential and the ability to grow organically.

On August 7, Silvercorp reported its first quarter results, announcing that silver produced and sold during the period was up 27 percent year-on-year to approximately 1.9 million ounces.

Additionally, at the beginning of September, the company reported a 7 percent increase in proven and probable reserves for its Gaocheng mine. Based on the noted reserves, the asset has a projected mine life of 12 years. Its average annual production rate is expected to be approximately 300,000 tonnes, with average silver equivalent grades of approximately 334 grams per tonne for the first six years and then 271 grams per tonne for the remainder of the mine’s life.

SilverCrest Metals has set its focus on new discoveries and value-added acquisitions; it is targeting production in Mexico’s prolific precious metals districts. The miner is also the first to drill test the historic, high-grade Las Chispas silver-gold project.

Also in August, the company graduated from the TSX Venture Exchange to the Toronto Stock Exchange.

Alexco Resource explores, develops and operates assets in the Yukon, Canada, and is the majority owner of the Keno Hill silver district, which historically is one of the highest-grade silver districts in the world. The region produced more than 214 million ounces of silver at an average grade of approximately 1,373 grams per tonne silver during the early and mid-1900s.

On August 13, the company announced its Q2 results, stating that it had cash and cash equivalents of US$11.8 million and net working capital of US$15.5 million.

Additionally, on September 10, the miner reported initial results from a 2019 Bermingham “deep target” drilling program at its Keno Hill silver district property. Alexco stated that it intersected 8.1 meters (true width) at a composite grade of 1,414 grams per tonne of silver.

Formerly known as Americas Silver, this miner prides itself on creating shareholder value via near-term production and cash flow growth, as well as targeted, accretive merger and acquisition activity.

On September 5, the company rebranded to reflect the importance of gold in its portfolio, as well as the miner’s transition from a strictly silver-focused producer to a diversified silver and gold company.

On September 9, Americas entered into a strategic joint venture agreement with Eric Sprott for the Galena complex, which is located in Northwest Idaho. The joint venture is split 60/40 for Americas and Sprott, respectively; the transaction, which comes with an initial US$20 million funding commitment from Sprott, will allow Galena to transition from unprofitable to profitable.

First Majestic Silver is a silver-focused company producing out of Mexico. Currently, the company owns and operates seven silver-producing mines with annual production from these assets projected to be between 27 million and 30 million silver equivalent ounces per year.

What do you think were the best silver stocks of Q3 2019? Let us know in the comments below.