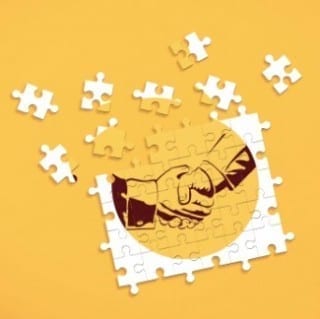 Avino Silver & Gold Mines (TSXV:ASM,NYSEMKT:ASM) released interesting news on Thursday, announcing that it’s entered into a concentrates prepayment agreement with Samsung C&T UK.
The deal will see Avino sell concentrates from the Mexico-based Avino mine to Samsung on an exclusive basis for a 24-month period. In return, Samsung will make a US$10-million prepayment for the concentrates available to Avino.
That US$10 million will be available in a single drawdown, and Avino will eventually repay it with interest against future concentrate shipments to Samsung. The concentrates will be shipped at a rate of 800 WMT per month over the coming 24 months, and Samsung will pay for the concentrates “at the prevailing metal prices for their silver, copper and gold content at or about the time of delivery, less treatment, refining, shipping and insurance charges.”
Commenting positively on the agreement, David Wolfin, Avino’s president and CEO, described it as “a major milestone for Avino.” He added, “Samsung’s financial terms puts a significant seal of approval on the Company. We are thrilled that Avino’s precious and base metals will make their way into end user consumer products.”
Wolfin also emphasized that the money Avino gains through the deal will be put to good use. “This low cost money ensures that Avino will have sufficient capital to further advance operations and continue with its growth strategy without dilution to shareholders. The Facility demonstrates Samsung’s support for Avino, and we expect Samsung will be a key contributor to our growing success,” he said.
Specifically, Thursday’s release states that the money will be put towards mining equipment, as well as the optimization of the company’s development projects, improvements to its tailings impoundment facilities and general working capital purposes. Avino’s projects include two producing precious metals projects, as well as another in trial production; it also has a slew of gold, silver and base metals exploration projects in its pipeline.
With commodities prices down in the dumps, it’s encouraging to see a company use an innovative solution to gain financing to move forward. It will be interesting to see what progress Avino makes with the funds from Samsung, and whether it or other companies sign similar deals in the future.
At close of day Thursday, Avino’s share price was up 1.55 percent on the TSXV, at $1.31. It was up 4.95 percent, at $1.06, on the NYSE MKT.