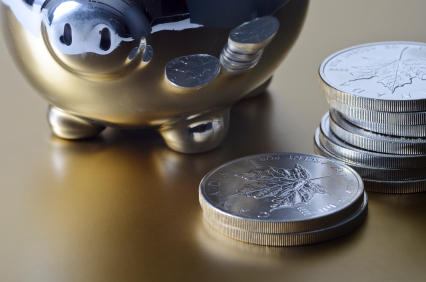 At last month’s Vancouver Resource Investment Conference (VRIC), Jordan Roy-Byrne, publisher of The Daily Gold, gave a presentation titled Best Gold & Silver Stocks for 2014.
While he emphasized that he wasn’t there to make buying recommendations, he ended the presentation by providing a list of companies worth checking out at the show. Here’s a look at the four silver-focused companies he mentioned and what they’re currently up to.
Alexco Resource
Canada’s Alexco Resource (TSX:AXR,NYSEMKT:AXU) wholly owns the historic Keno Hill Silver District in the Yukon. Its Bellekeno silver mine began commercial production in 2011, and until last year was Canada’s only operating primary silver mine.
Though operations at Bellekeno have been suspended for the winter so that the company can avoid “selling silver at current or weaker market prices,” as per a July 2013 press release, Alexco has kept busy at its other properties. For instance, in December, it released a NI 43-101 compliant preliminary economic assessment (PEA) for the eastern part of Keno Hill. Among other things, it outlines annual delivery of an average of 3.1 million ounces of payable silver, 6.8 million pounds of lead, 6.6 million pounds of zinc and 1,050 ounces of gold from about 150,000 tonnes of consolidated mine and mill production.
Most recently, Alexco filed a technical report in support of that analysis.
SilverCrest Mines
Precious metals producer SilverCrest Mines (TSXV:SVL,NYSEMKT:SVLC) seems to have been a VRIC favorite. N. Eric Fier, the company’s president, COO and director, was featured in a presentation on silver mining in Mexico led by GoldSeek.com and SilverSeek.com President Peter Spina, and in a separate talk, Spina named the company as one of his picks.
Perhaps that’s not surprising given SilverCrest’s positive activity this past year. The company reported record silver production in the second, third and fourth quarters of 2013, as well as for 2013 as a whole. Specifically, it put out 2.66 million ounces of silver equivalent for all of last year and a total of 796,751 ounces of silver equivalent in the fourth quarter. All of that came from SilverCrest’s flagship Santa Elena mine, which just completed its second full year of production.
On a different note, in December the company filed on SEDAR a positive PEA for its La Joya silver-copper-gold project, the results of which were announced in October.
Almaden Minerals
Unlike Alexco and SilverCrest, Vancouver-based Almaden Minerals (TSX:AMM,NYSEMKT:AAU) is focused not only on silver, but also on gold and copper. The exploration company has more than 40 properties “at various stages of exploration and development” in its portfolio, its website states.
Recently, the bulk of Almaden’s attention has fallen on the Mexico-based Ixtaca Zone, which is located at its Tuligtic gold-silver project. In 2013, the company released a slew of drill results from that property, particularly in the second half of the year. Most recently, on January 22, Almaden provided an updated NI 43-101 compliant mineral resource estimate for Ixtaca, commenting that it has a measured resource of 1,351,000 gold equivalent ounces (599,000 gold ounces and 38.6 million silver ounces) using a gold equivalent cut off of 0.5 grams per tonne (g/t) comprised of 30.44 million tonnes grading 1.38 g/t gold equivalent (0.61 g/t gold and 39.44 g/t silver).
Primero Mining
Though Primero Mining (TSX:P,NYSE:PPP) is more focused on gold — its aim is to become a “leading intermediate gold producer in the Americas” — its San Dimas mine, currently the only one it has in production, also contains silver. In fact, in 2014 the company estimates that it will put out 6.2 to 6.5 million ounces of silver in addition to 115,000 to 125,000 ounces of gold.
In December, Primero had two big announcements, the first of which was that it will be acquiring Brigus Gold (TSX:BRD,NYSEMKT:BRD) “to create a diversified, Americas based mid-tier gold producer.” The second piece of news, released just three days later, was that Primero had closed its acquisition of the remaining 30.8-percent interest in the Cerro del Gallo project from a subsidiary of Goldcorp (TSX:G,NYSE:GG).

Securities Disclosure: I, Charlotte McLeod, hold no direct investment interest in any company mentioned in this article.
Related reading:
Jordan Roy-Byrne: Final Bottom for Metals May Come in 2014
VRIC 2014: Mining Execs Not Fazed by Mexican Tax