The Yukon was home to the famous Klondike gold rush of the late 1980s, but mining is still going on there today.

This article was originally published on Gold Investing News on August 12, 2010. 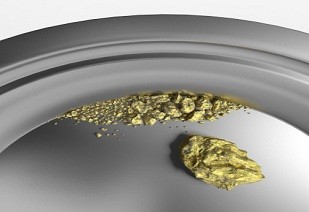 The Yukon is home to the famous Klondike gold rush of the late 1890s. Prospectors flocked to the area some 120 years ago, following the discovery of gold on Rabbit Creek in the Klondike district by George Carmack, Dawson Charlie and Skookum Jim.
When these men returned to their homes in the Pacific Northwest, carrying bags of gold, they encouraged thousands more like them to embark on a journey to the Yukon, hoping they would find riches in the Klondike, too.
These miners were in search of placer gold: gold that has been eroded from its mother rock, and transported a distance away from where it was formed. Nowadays, gold mining around the world has evolved into a sophisticated operation. Gold prospecting methods have changed for a few reasons. For one, most placer deposits have been discovered and exhausted. To meet our demand for gold we have had to dig deeper, away from placer deposits, to find the main source.
Remarkably, however, placer mining in the Yukon is still ongoing. Small placer gold mines operating in the region have a combined annual production of approximately 100,000 troy ounces. The total recorded gold production from 1885 to date is about 12.5 million ounces, a value of roughly US $15 billion at today’s prices.
Mining in the region has been directed toward the placer deposits, with considerably less effort going into locating the hard-rock sources. For this reason, compared to exploration around the rest of the world, the Yukon is relatively untouched. This is also partially due to the Territory’s remote location. The largest city in the Yukon is Whitehorse, which has a population of approximately only 23,000. Attempts in the past to discover the main sources of the gold have been cut short, due to the metal losing steam. However, today, the price of the metal more than justifies digging deep to locate ore. Now, a brand new gold rush may be just around the corner.

The gold deposits in the Yukon were formed during the Mesozoic and Cenozoic eras – when the northern Canadian Cordilleran orogeny was formed. The pressure and heat, and associated movement of magma, resulted in the formation of many valuable ore deposits, including gold. In the region, intrusion-related gold deposits include the Eagle Zone at Dublin Gulch, which contains 2.3 million ounces gold at a grade of 0.9 g/t; and Brewery Creek deposits, which contained 825,000 ounces gold at a grade of 1.36 g/t prior to production.
Orogenic gold veins formed in response to two events. The oldest veins, formed after peak metamorphism of the Yukon-Tanana Terrane, are probably the source of the placer gold that drove the early prospectors to the Yukon. The younger orogenic veins were formed during the uplift of the coast plutonic complex. The coast plutonic complex is the “coastal mountains” that run along the coast of Alaska and British Columbia, and into the southwestern Yukon. At their southern extent, they are closer to the ocean and back up against the more famous rocky mountain range.
The formation of the coastal mountains once again created pressure and heat, causing intense metamorphism of the country rocks. This, in turn, created the youngest gold hosting orogenic veins. These veins are not as well researched as their older counterparts, however, the potential for future discoveries in this particular orogeny is quite high. In neighboring Alaska, the POGO depositis an example of one of these vein deposits that has been explored so far. It is estimated to contain approximately 4 million ounces of gold at a grade of 16 g/t. Differentiating between these different gold deposit models is an important first step for gold exploration in the Yukon.
The placer mining deposits are a result of several Quaternary glacial advances in the Yukon. Historic placer mining areas in the Yukon can be grouped into ten areas: Klondike; Sixtymile; Fortymile; Clear Creek; Moosehorn Range; Stewart River; Whitehorse South; Mayo; Dawson Range; and Livingstone Creek. Each area has its own geomorphic setting and depositional history related to its glacial history. As mentioned earlier, studying the actual location of the source rock has taken a back seat to placer mining in the Yukon. Given the amount of placer gold extracted in the area, locating the original source is the next step in the evolution of gold exploration in the Yukon.
In order to encourage investment and prospecting, a number of gold miners active in the region have formed the Yukon Gold Mining Alliance (YGMA). The YGMA is a marketing consortium of qualified Yukon exploration, development & mining companies committed to increasing awareness of the Yukon and member companies in the capital market. In order to become a member of the YGMA, an exploration company must be established, including having a national instrument compliant (NI 43-101) resource estimate, and also have been engaged in meaningful exploration in the Yukon for any five of the preceding seven-year period. The alliance’s focus is on metals including gold, silver and copper. Companies must adopt and adhere to a corporate sustainability policy including community relations, environmental responsibility and labor relations. To date, the seven members of the YGMA are Alexco Resource Corp (TSX:AXR) (AMEX:AXU), Capstone Mining Corp (TSXV:CS), Copper Ridge Explorations Inc. (CVE :KRX), Golden Predator Corp (TSX:GPD), Northern Freegold Resources Ltd (TSXV:NFR), Victoria Gold Corp (TSXV:VIT) and Western Copper Corp (TSX:WRN).
The YGMA recently hosted investment analysts on a three-day, seven-stop tour in the Yukon. Gold Investing News spoke with Mr. Wayne Atwell, analyst and managing director of Casimir Capital?, who made the journey to the Yukon. He had good things to say about the gold market, and the potential that the Yukon holds. The main points he brought up included the progression of the territory in obtaining permission from the First Nations tribal councils to develop mines, the necessity of exploring for and developing gold, and the “mining friendliness” of the region as a whole.
The region is indeed very “mining friendly.” The Yukon Mining Incentives Program (YMIP) promotes and enhances mineral prospecting and exploration activities in Yukon. The program’s function is to provide a portion of the risk capital required to locate, explore and develop mineral projects to an advanced exploration stage. Applicants are invited to submit prospecting and exploration proposals.