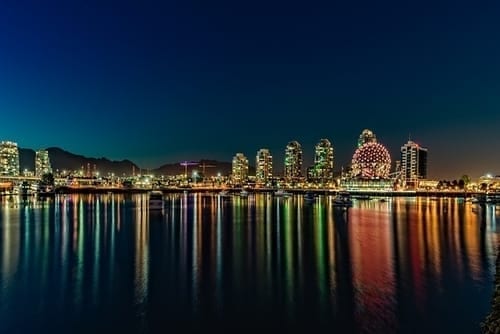 Did you miss the first day of this year’s Vancouver Resource Investment Conference? We run through key highlights here.

This year’s Vancouver Resource Investment Conference kicked off on Sunday (January 20) with plenty of presentations from thought leaders, experts and companies.

Held at Canada Place, the first day of the two-day event was well attended, and the Investing News Network team was busy throughout the day.

Below we’ve put together some highlights from the first day. Scroll on to read more about what happened on the floor, and be sure to keep an eye out as we post interviews with some of the most knowledgeable analysts, experts and companies in the resource sector in the next few days.

Day one started with a presentation by Frank Holmes of US Global Investors (NASDAQ:GROW), who talked about the main macro forces that could impact commodities this year.

Frank Holmes starts off #VRIC19 with a compelling speech about the future of gold stocks with recognition of AI, machine learning and quantitative analysis pic.twitter.com/RYHLrLkVKq

So pleased that $MENE $MENEF won the Top Picks Competition at the Vancouver Resource Conference #VRIC19 thank you for voting! pic.twitter.com/IWXyTjxQMe

The Ultimate Gold Panel is on now at #VRIC19 – Peter Hug comments on #gold‘s performance in Canadian dollar terms, says it’s proven to be an “excellent investment” over the last decade.

.@PeterSchiff mentions QE4, says it could launch a new bull market phase; he used to think #gold would hit $5,000 – now believes it could go further.

Closing out the panel, @PeterSchiff says buying #gold is a way to preserve your wealth; gold stocks are a way to potentially increase your wealth #VRIC19

Workshops conducted by David Erfle of Junior Miner Junky, Peter Spina of GoldSeek.com, Mercenary Geologist Mickey Fulp and Jeff Clark of GoldSilver.com were another highlight of the morning.

To capture the greatest leverage to silver, buy primary silver companies, but the problem is that there’s hardly any, says Jeff Clark at #VRIC19

Watching Peter Spina of @GoldSeekcom at #VRIC19 – says everything is in a bubble today (except commodities/precious metals), with the biggest bubble being the monetary system.

Someday the #dollar crash that many people predict will happen but I think we are at least a decade away, says @ErikSTownsend at #VRIC19

How can investors maximize the benefits of #gold and #silver? Jeffrey Christian of @CPMGroupLLC suggests thinking of them as both short- and long-term investments #VRIC19

Christian continues, speaking about where the #gold price is headed – says right now it’s not low, not high; those who think it should be higher are misunderstanding the political/economic situation #VRIC19

Another high note in the afternoon was a debate between Katusa and Timothy Sykes of TLC Media. Sykes became a self-made millionaire by the age of 21, trading thousands of penny stocks. Katusa asked Sykes about his strategies, what he thinks about the resource space and how mining can attract younger generations.

Awesome banter at #VRIC19 with The Alligator @MarinKatusa vs the Sniper @timothysykes . You missed out if you didn’t see this one live! pic.twitter.com/paLCaJuNdV

Later in the afternoon, Rex Murphy of CBC and the National Post shared his thoughts on Canada’s resource economy.

An iconic and often controversial broadcaster Rex Murphy takes the stage at #VRIC19 speaking about the geopolitical environment and the Canadian resource economy. pic.twitter.com/Jxq81VHULo

The day wrapped up with a panel moderated by Katusa featuring Brent Johnson of Santiago Capital, Townsend, Sykes, Murphy and Schiff. The discussion covered gold, the US dollar and oil, and what’s ahead for each space.

The last panel of day 1 at #VRIC19 #gold vs #oil vs US #dollar pic.twitter.com/pv4vKPpHvC

The editorial team was busy conducting interviews with many of the speakers on day one, including Brian Leni of Junior Stock Review, David Morgan of the Morgan Report, US Global Investors’ Holmes, CPM Group’s Christian and many more.

Stay tuned for a wide-ranging video interview with @mercenarygeo – we covered commodities to look at in 2019, stock picks and more #VRIC19 pic.twitter.com/tgZ3YXHEtk

Follow along on Twitter on Monday (January 21) as we cover day two of the conference, and stay tuned as we begin to post video interviews and other coverage.