Jonathan Kosares, author of a yearly report on the seasonality of gold, says investors may see a drop in June or July, with a bounce back in the fall. 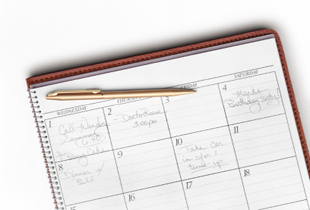 As we enter the month of June, investors may be wondering whether the adage of “sell in May and go away” is going to ring true with gold in 2011. Though the price has been on an upward trend since the beginning of the year, it has hovered around $1500 an ounce in the past month. According to Jonathan Kosares, Account Executive for USA Gold and author of a yearly report on the seasonality of gold, though there are no guarantees, investors should not be surprised to see a drop in gold prices around June and July, with a bounce back in the fall.

“You never know if there is going to be a pullback or not. There’s just no way to know for sure, but I do think it is an actionable trend,” said Kosares. “If you’re a believer in gold and you think you need to add it to your portfolio, it definitely speaks volumes to doing so through these months. It gives you the best possible bang for the latest possible buck.”

“So typically, when you look back at the data, the spring months show pretty dramatic gains and I think there is an impetus to maybe peal back some investment capital and lock gains ahead of the summer months,” he said.

Outside North America, Kosares says that the fall bounce-back can also be partly attributed to the buying of jewelry, as well as a trend in geopolitical action after September.

“A lot of people like to correlate the fall to the Indian buying season. India is a massive consumer of gold and that’s their wedding season, so there’s a coinciding of that. Also, the investing trend in the US in general is that you tend to have a lot more in the way of news for whatever reason and there seems to be a lot more going on,” he said.

Kosares notes that one year that did not follow the same seasonal price trend was 2008, when the onset of the financial crisis caused a huge increase in the demand for gold during the months of June and July as investors looked for a safe haven amidst concerns of currency inflation. Then in the fall, the drop finally came as investors felt comfortable enough to deleverage.

“Demand was explosive through the summer and gold prices really helped steady, but then you had a massive deleveraging just like you did in stocks and gold wasn’t immune to that,” said Kosares. “Ultimately, gold pulled back as well and so gold achieved pricing that was lower on average than it was through the summer months so the summer pullback concept didn’t occur in 2008 even though it was much more prevalent in a lot of the other years.”

For investors looking to cash in on the seasonal trend in gold prices, Kosares warns that it’s not as simple as picking a specific date to buy or sell, as the value tends to fluctuate from day to day. This being said, Kosares notes that his analyses of the past 10 years of gold prices show that 2/3 of all gains occurred in the last five months of the year, giving a lot of credit to the trend of a fall bounce-back in prices.

10 Top Cloud Security Companies
What is Uranium Investing?
7 US Biofuel Stocks
An Overview of Gold Investing and Prices