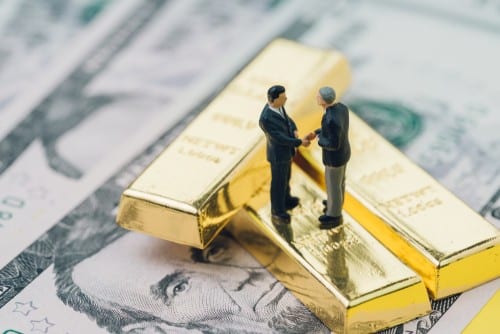 The deal focuses around Continental’s flagship project Buriticá, located in Antioquia, Colombia. The promising project is expected to enter production in 2020 with estimated gold reserves of 3.7 million ounces.

In what will likely be one of the last major acquisitions of 2019, diversified miner Zijin Mining (OTC Pink:ZIJMF,HKEX:2899) has entered into a definitive agreement to acquire Canadian company Continental Gold (TSX:CNL,OTCQX:CGOOF) for C$1.4 billion.

The deal focuses around Continental’s flagship project Buriticá, located in Antioquia, Colombia. The promising project is expected to enter production in 2020 with estimated gold reserves of 3.7 million ounces and 10.7 million ounces of silver.

The billion dollar deal will see Zijin take control of all outstanding shares and convertibles with the Chinese miner paying C$5.50 a share — a 13 percent premium to Continental’s closing price on Friday (November 29).

Of the outstanding shares, 21.5 percent are owned collectively by sector major Newmont Goldcorp (TSX:NGT,NYSE:NEM) as well as directors and officers of Continental, who have voted in agreement of the Zijin takeover.

“The all-cash offer at a significant premium to market is an excellent outcome for our shareholders and is a testament to the extraordinary effort of the Continental team and its stakeholders in pioneering a new and modern gold industry in Colombia,” wrote Ari Sussman, CEO of Continental.

Sussman went on to highlight his company’s decade long push to advance Buriticá into a promising project and the values Continental and Zijin share when it comes to modern mining.

For Zijin, a leading producer of gold, copper and zinc, the agreement will help it boost its precious metals reserves while granting access to an “emerging world-class gold producing region.”

“Continental’s 100 percent-owned Buriticá project in Antioquia, Colombia is one of the largest and highest-grade gold projects in the world and represents a highly complementary addition to Zijin’s international asset portfolio,” Chen Jinghe, chairman of Zijin, noted in the press release. “The Buriticá project is expected to produce approximately 250,000 ounces of gold per annum on average over a 14-year mine life at life of mine all-in sustaining cost of US$600 per ounce.”

The Continental portfolio also contains the Berlin mine, a gold deposit that is located in Colombia as well. While the project was mined in the 1930s, to date, geological surveying, mapping and sampling has been completed by the Canadian developer.