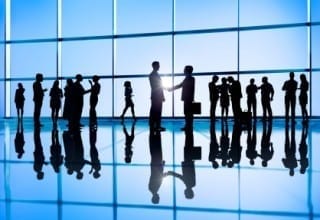 Calico owns the Oregon-based Grassy Mountain gold-silver project. A 2015 PEA anticipates production of 53,000 ounces of gold and 82,000 ounces of silver over a 10-year mine life.

Last week brought a slew of M&A activity in the gold space, with notable deals including Silver Standard Resources’ (TSX:SSO,NASDAQ:SSRI) acquisition of Claude Resources (TSX:CRJ) and First Mining Finance’s (TSXV:FF) purchase of the Pitt gold property from Brionor Resources (TSXV:BNR).
Yet another deal hit the table Monday, with Paramount Gold Nevada (NYSEMKT:PZG) announcing plans to acquire Calico Resources (TSXV:CKB). Calico owns the Oregon-based Grassy Mountain gold-silver project, which it completed a preliminary economic assessment (PEA) for in 2015 and bills as “an excellent economic opportunity in the current gold price environment.”
According to a press release from Paramount, the companies have entered into a definitive arrangement agreement under which Paramount will acquire each common share of Calico for 0.07 of a Paramount share. That represents an implied offer price of $0.112 per Calico share, and is a premium of 49.2 percent based on the companies’ share prices on the last trading day before the deal was announced. All in all, the deal is valued at around $11.5 million.

Securities Disclosure: I, Charlotte McLeod, hold no direct investment interest in any company mentioned in this article.
Related reading:
M&A Heats Up at PDAC