Gold has consistently set price records this year, as investors flocked to gold as a shelter from the increasingly unstable global economic picture; however, this week gold performed differently from what we have come to expect. Instead of rallying, the safe haven investment plunged in unison with equities. 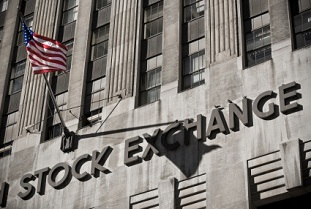 Economic jitters resulted in a broad market sell-off this week, but to the surprise of many investors, safe haven gold also took part in the liquidation.  On Friday, gold was on track to post its biggest monthly drop since December 2008. In the last hour of trading on the COMEX, gold was down over six percent for the day, and on track to close down 10 percent for the week. Gold lost almost four percent on Thursday, on the back of the Federal Reserve’s statement on how it would try and stoke the ailing US Economy.

Gold has consistently set price records this year, as investors flocked to the yellow metal as a shelter from the increasingly unstable global economic picture; however, this week gold performed differently from what we have come to expect. Instead of rallying, the safe haven investment plunged in unison with equities.

There are a few reasons why gold suffered losses this week, for one, an increase in the value of the greenback made the metal more expensive for holders of international currencies. This week many investors rushed into cash, catapulting the US Dollar index to a seven-month high.

Some traders blamed a mass sell-off on investors, who, uncomfortable with their portfolio losses, sold the metal to “make up” for their lost worth. Some traders also pointed their finger at the hedge funds- claiming that many funds were beginning to close out their investments in gold, after betting heavily on a steep rise in prices over the past 18 months.

While those suggestions provide some insight into why gold prices dipped on Friday, Thursday’s losses were almost unanimously blamed on the Fed. The Federal Reserve made a statement, saying that investors should buy bonds, and apparently they complied, unfortunately, at the expense of other investments. The Fed said it would shift $400 billion of its short-term US Treasury holdings into longer-term government debt; as part of a move to boost consumer spending; however, doubts that the plan would work simply added more uncertainty to the economic picture, and investors poured funds into government debt, and away from stocks and commodities. The yield on 10-year Treasury notes, a benchmark for mortgage rates, dropped to a 60-year low of 1.72 percent from 1.86 percent on Wednesday. The yield on 30-year T-bonds plummeted to 2.80 percent from 3.00 percent on Wednesday.

Furthermore, the statement by the Fed that there were “significant downside risks” to the United States economy did nothing to quell investors’ fears.  Fears were also spurned by the Eurozone’s government debt and unstable financial system, which contributed to an overall negative tone over the near-term outlook for the markets. Many investors are frustrated with the lack of progress in addressing these problems and preventing their spread to the region’s bank system. “We remain concerned that liquidity fears are going to keep any upside for precious metals capped,” said Marc Ground, a precious metals analyst with Standard Bank.  The fear is that policymakers around the world may have run out of measures to stop the global economy from tipping into another recession.

Despite signs that the global economy is deteriorating, and the recent weakness in gold prices, Kitco senior analyst Jon Nadler thinks it is possible that gold prices will make one more push higher on safe-haven buying as global stocks enter a bear market and investors panic over a global slowdown and no resolution to the European debt crisis.  Still, the bullish sentiment that has been supporting the gold market for years seems to be evaporating. In a Kitco News Gold Survey, of gold dealers, traders, and investment bankers, out of 23 participants, on 12 see gold prices as continuing to rise, 10 predict prices will drop, and one does not think prices will change. Survey participants who see higher prices said gold was caught up in the mass move to sell all assets and that the cheaper prices will be a lure to bargain hunters.

Securities Disclosure: I, Leia Toovey, hold no direct equity interest in any company mentioned in this article.