Canada withdrawing from the Kyoto Protocol on the basis of supporting economic importance over environmental interest may be a strong investment opportunity for investors interested in junior gold exploration and development companies. 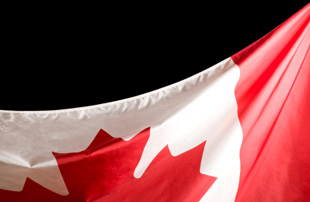 For junior gold exploration and development companies operating in Canada, the country’s decision to drop out of the Kyoto Protocol citing economic importance over environmental interest may be interpreted as a strong investment opportunity.

On Tuesday, following a month of global focus on the environment and ongoing climate talks in Durban, Canada announced its withdrawal from the Kyoto Protocol on the grounds that it does not consider the agreement to be equitable for its constituents or of significant global consequence, without the active participation of the two largest economies in the world, the United States and China.

The announcement by Peter Kent, Minister of the Environment was widely expected, as the current government in addition to preceding administrations, had done little to achieve the ambitious targets to reduce global warming initially adopted in December 1997 at Kyoto, Japan. In 2007, Canada had already declared that it did not intend to meet its existing Kyoto Protocol obligations and since 1990 its annual emissions have risen.

The original Kyoto pledge was to restrict members to a 6 percent reduction from 1990 greenhouse gas emission levels by 2020, while the implied current reality is more like an increase on the 1990 totals of about 16 percent, or potentially in the range of 30 percent including the forestry industry. Canada’s current pledge remains in line with the policy offered by the United States to ease 17 percent from 2005 levels by 2020; however, the number could be modified if the United States changes its objectives.

Junior gold exploration and mining companies operating within Canada may find the formal announcement could showcase attractive potential. While many domestic policy observers and stakeholders may have already known that Canada currently has a government which consistently supports a corporate business policy agenda above environmental considerations, the recent climate talks in Durban could focus this key element for potential international gold investors.

Canada has long stood as a tremendous mining and resource based economy, historically ranking among the most favorable regional and federal mining jurisdictions in the world. As many as four of the top ten, and seven of the top twenty mining areas in the world belong to Canadian provincial or territorial jurisdictions as ranked by the latest Fraser Institute’s Survey of Mining Companies: 2010/2011. According to the United States Geological Survey (USGS) estimates, Canada is among the top fifteen countries in estimated reserves, and is again ranked as the top overall country as an exploration target by the Metals Economics Group’s (MEG) Exploration Strategies study. Representing an increase of about 50 percent from last year’s all time high, the research indicates that 2011 nonferrous global  exploration budgets will exceed $17 billion for expenditures related to gold and additional minerals.

Recent short term volatility in the price of gold from its earlier all time high of over $1,900 per troy ounce has positioned gold to realize its first quarterly decline since the third quarter of 2008, when the global credit contraction was at its pinnacle. Even as merger and acquisition activity seemed to be a strong theme earlier in the year, gold companies with good management, attractive geology, developed infrastructure, and positive business and mining policies could see more interest. The marginal return on investment could become intensified for junior gold exploration companies as the top producers might be looking to invest significant cash positions for properties of value in regions with potential reduced environmental cost.