Investors will know it best for its production of silver, with over 10 billion ounces mined; however, Mexico is also abundant in quantities of gold, copper, lead and zinc. Mexico’s ever-expanding gold mining industry is well positioned for a strong year in 2010, with output expected to increase by an additional 880,000 ounces to nearly 2.5 million ounces, representing an approximately 50 percent increase over 2009’s projected figures. 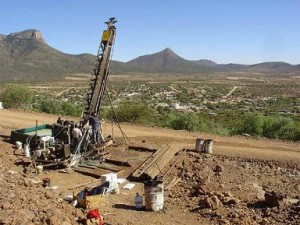