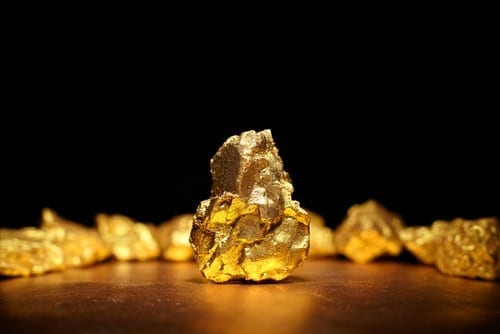 After the Fed’s dovish tone last week, gold has made gains and has stayed over US$1,400 thanks to continued support from safe haven demand.

Gold made gains and touched an almost six year high on Monday (June 24) as investors leaned into the yellow metal as a safe haven after tensions between the US and Iran intensified.

The precious metal is now heading toward a fifth straight week in the green as the feud between the two countries continues to fester.

Despite US President Donald Trump’s statement on Sunday (June 23) that he will not be seeking war with Tehran, Washington is set to announce “significant” sanctions on Iran later on Monday.

Gold is also being supported by a dovish tone coming from central banks.

“We are just seeing continued improvement in sentiment built around the more dovish tone from central banks, but clearly the safe haven buying has also picked up with the US-Iran tensions escalating over the weekend,” said Daniel Hynes, an analyst at ANZ (ASX:ANZ).

What the yellow metal is currently experiencing is a perfect storm of a potential Fed interest rate cut and ongoing geopolitical issues.

“(These factors are becoming) a currency war, creating the perfect environment for gold to break out,” Chantelle Schieven, research head at Murenbeeld & Co., told the Investing News Network in an email.

Gold’s rise has also impacted gold exchange-traded funds (ETFs), where inflows are swelling. This movement could have the ability to drive the yellow metal’s price even higher.

Funds backed by the precious metal have experienced the biggest surge since 2016, increasing their assets by 32 tonnes on Friday (June 21).

“Gold bulls are back in control,” said Edward Moya, senior market analyst at Oanda, in a note. He added that the yellow metal remains supported by expectations of an interest rate cut at the Fed’s July meeting.

“The question is no longer will the Fed ease, but by how much? The Fed historically likes to kick on an easing cycle with a bang and a 50 basis point cut should become the base case.”

There is now speculation in the markets that the yellow metal has more upside than downside, thanks also to recent weakness from the US dollar.

“Since the new bull market started in December 2015, we have seen higher lows in the gold price — and now we could very will be in the higher highs phase,” Schieven said.

However, she cautioned, “With any breakout, there will likely be pullbacks along the way, and we could see a major pullback if significant progress is made on the trade war front or the Fed signals that it is not going to cut rates as much as markets currently expect.”

Looking ahead, investors will turn their attention towards the G20 summit happening in Japan this week, as they look to see whether or not Washington and Beijing can resolve their trade dispute. Depending on how talks shape up, gold could be breaking records by beating the six year high it is currently circling.

4 responses to “Gold Holds Steady Above US$1,400 Thanks to Safe Haven Demand”