Laborers are as essential to gold mining as the reserves themselves. However, their health issues, often under-prioritized, are taxing bottom lines. 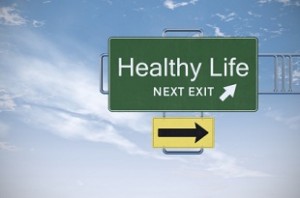 Given the scattered sites of production, gold can be considered a global metal. Yet, operations in different regions often require different considerations. Here, we’ll explore those relevant in Africa, but keep in mind that given its vastness and diversity, challenges often vary across the continent too.

The gold mining remains heavily reliant on human labor. A major, though often under-prioritized, consideration for miners in Africa are the health issues their workers face.

HIV/AIDS should be a top concern for mining companies, especially those in southern Africa. The region is considered the epicenter of the epidemic with about a third of the global infections concentrated there. Of them, nearly half are in South Africa, one of the top gold producing nations.

One of the aggravating circumstances surrounding the prevalance of HIV/AIDS in the mining sector is migrant labor. Miners often travel from distant villages or across borders and only return home after months or sometimes years. As a result, there is a booming sex trade fulfilling their needs and they also commonly indulge in other casual sexual relationships.

The link between mining and HIV/AIDS is one that is long running. In South Africa, experts believe that the industry hardest hit by these viruses will be mining. Some studies already project that half of mine workers are infected.

Perhaps it’s an unorthodox tool, but mining executives wishing to understand the HIV/AIDS and the mining community would be wise to view the movie Yesterday. Set in South Africa, it is a excellent depiction that can be very insightful to those who have little or no insight of the lives of African mining families.

Lung diseases, such as silicosis and Tuberculosis (TB), are another major health consideration for African gold miners. Workers are at risk of silicosis when they breath silica, which is commonly found in the dust in gold mines. RBC Capital Markets estimates that pending silicosis lawsuits against South Africa’s gold miners could cost them $100 billion.

A study in Tanzania suggests that silica exposure during small-scale mining is likely to be considerably higher than that which is found in studies from places such as South Africa and China.

Those studies are mainly restricted to investigations done in large and medium-sized mining companies where the working conditions have generally improved, the Tanzanian study says. Our limited amount of information strongly indicates that the risk of acquiring silicosis is very high in this working environment.

Furthermore, in much of Africa, TB is pandemic. It is a disease highly associated with poor socioeconomic conditions and crowding, such as that experienced by miners who often live in hostels and camps. TB is also contagious. Both silicosis and HIV/AIDS increase a person’s chances of contracting TB, which in turn, is a leading cause of death. South African gold mine workers have some the highest rate of infection in the world. The problem is not, however, limited to that country.

Then, there are mosquito, food, and water borne illnesses, such as typhoid fever and malaria, which also have devastating effects in areas where the diseases are prevalent. These illnesses may sound exotic to individuals from elsewhere in the world, but in much of Africa they are very common and often fatal. Malaria, for example, is a leading killer in developing nations.

Cheap labor is viewed as one of the incentives of operating in Africa. However, health issues are costing miners substantial amounts of money. Conditions such as AIDS, TB and malaria raise labor costs while eroding competitive advantage.

Infections lead to increased absenteeism and declining productivity. With a condition like HIV/AIDS, the decline often spans years as the illness slowly takes its toll. Eventually, infected crew members are no longer able to work due to advanced stages of the illness or death. This means increased staff turnover, loss of skills and the need to invest in recruiting and training replacements.

To their credit, many mining companies, especially the majors, have programs in place to address their staffs’ health issues. Some develop internal health care systems and others provide medical coverage to utilize elsewhere. But, the less developed the country, the smaller the mining company, and the newer the mining site, the lower the quality of health care often available to workers.

Also, measures are too often reactive as opposed to being proactive, resulting in unnecessary consequences for both workers and companies. There is also substantial room for improvement For example, it has been highlighted that some miners treat workers for STDs but not their partners leading to recurring infections. For the sake of their workers and their bottom lines, gold mining companies in Africa need to prioritize the health issues and living conditions of workers.