China leads the world in gold production, but mining profits appear to be left on the table nonetheless. A bullish outlook for gold prices may help. 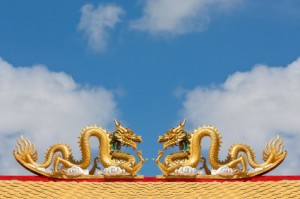 There appears to be a shortage of asset classes for investors to hide amid a tumultuous ride  in the financial markets of late. Gold and cash, however, seem to have risen to the occasion. Even before equities displayed their sensitivity to the Greece crisis and credit yields bottomed, investors had already driven the price of gold to record levels.

While commodity performance has mimicked some of the volatility in the stock market in recent weeks, and precious metals continue to compete with cash as a safe haven from the unruly markets, many expect gold’s run is far from over. Mining companies stand to benefit from the projected rise in prices, including businesses positioned among China’s rich, yet uncertain, resources.  The profit opportunity does not come without serious challenges, however, as the hunt for high-grade gold deposits intensifies.

Challenges of mining in China

Stagnant production coupled with some financing and political headwinds prevent mining activity from reaching what appears to be greater potential for a country whose gold production rivals South Africa. Despite the uncertainty surrounding the available resources in the Eastern nation, gold production appears to have risen since China loosened its government control and began allowing private and international participation at the turn of the century, according to consulting firm Thomson Reuters GFMS.

Indeed, China has led the world in gold production over the past several years, Paul Burton, senior equities analyst at Thomson Reuters GFMS, tells Gold Investing News. The origin of much of that activity, however, remains unclear. “Although gold output has increased through a large, growing population of relatively small operating mines and modern mines opened by Canadian companies, much of China’s gold production derives as a by-product from its base metal smelters, which feed the country’s huge demand for copper for infrastructure projects,” said Burton.

Wayne Atwell, managing director and senior metals and mining analyst at Rodman & Renshaw, adds that production has been at a standstill since the late nineties. Unless high quality deposits are discovered or abandoned properties are resurrected, mining could remain stuck at current levels. “The industry is looking very hard, but they are not finding many good, new deposits. They are generally mining lower-grade gold deposits. The issue is in their ability to find it, not the willingness of the industry to look,” said Atwell.

Private participation in China’s gold mining fields is somewhat precarious. Despite a generous opportunity residing beneath the soil, mining activity appears to remain far from full capacity. The region continues to lack a mature and formal organizational structure, which contributes to the frustration surrounding accessing the precious metal and sizing up the actual deposits that exist.

Although it may seem remarkable that there are unexploited gold resources with prices and margins aiming at record levels, pure logistics and inefficiency keep potential participants at bay. Indeed, international miners have come and gone from the region over the past decade in exasperation. Others avoid the mines in fear that they will eventually need to cede control of development over to the state, according to Burton.

Many of those companies with a presence in China are  emerging players that remain sidelined because of under-capitalization. This problem could be the simplest to solve, however. The solution could lie in larger, better capitalized and producing gold miners, according to Atwell.

“I’d be surprised if we don’t see a lot of combinations in the market over next couple years,” Atwell told Gold Investing News. “Companies in the early stages of development might have trouble raising cash in the market because their shares are down.  Companies that are in production can buy those that are not in production for cash or with equity which is at a better valuation. I expect a lot of consolidation in the industry over the next one-to-two years.”

Although some gold companies have fled China, there are miners that continue not only to profit from production activity in the East but that are also transforming economic development in the process. US-based Talisman Holdings (PINK:TMHO), which partners with nascent gold-mining companies, recently entered the China production scene. The company is benefiting from insatiable interest stemming from nationals who are hunting for ways to protect wealth and guard against inflation. China is in a compelling situation because it appears to produce enough supply to meet the fierce demands for gold stemming from its own citizens.

In 2010, Vancouver-based Jinshan Gold Mines was transformed into China Gold International Resources (HKG:2099). The company took some credit for Tibet’s near 20 percent rise in first quarter gross domestic product (GDP) versus the year ago period thanks to drilling activity in a copper gold mine in the province.

As long as the price for gold the commodity continues to far exceed production costs, cash flows at mining companies are impressive regardless of the market values  investors are placing on stocks. Gold prices tumbled more than 10 percent in September, which took some wind out of the sails for commodity traders. Nonetheless, gold’s shine has not lost its luster.

“I believe gold will continue to be a safe haven, particularly with the European sovereign debt issues at the forefront that are not going away,”  David Meger, director of metals trading at Vision Financial Markets in Chicago, Illinois, told Gold Investing News.  Meger added that the recent correction was necessary, but only a short-term interruption. “I can tell you our expectation for the gold market is to act very well for the rest of the year.”

Indeed, the gold markets seem to have a captive investment and consumer audience amid continued turmoil in the economy.  Investors as well as China’s gold consumers appear to be digging in their heels, which suggests higher mining capacity would not go unrewarded.

Considering the backdrop for record prices in the precious metal, the discrepancy between the actual commodity and gold stocks is alarming. While the price for the commodity has soared in 2011, gold stocks have been swept up in the equities hurricane. “This year, gold is up [approximately] 17.2 percent. The majors we watch are down 10.5 percent and the juniors are down 31.1 percent. There is a disconnect,” said Atwell.

China’s great promise for gold mining remains underutilized. Until the industry matures to the point that there is modernized infrastructure and quicker administrative systems in place for foreign participation, the full profit potential may continue to elude the West and the rest of the world. With gold potentially knocking on the door of $2,000 per ounce in the near future, it could be a costly oversight.