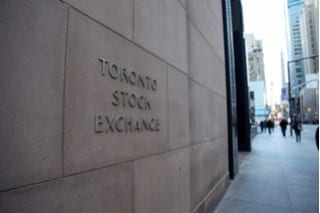 Drops in cannabis stocks brought down the Canadian indexes, as Canopy Growth (TSX:WEED) fell 2.8 percent and Aphria (TSX:APH) dropped 6.4 percent. Meanwhile, energy stocks also suffered on Friday as Imperial Oil (TSX:IMO) lost 2 percent and Cenovus Energy (TSX:CVE) dropped 1.4 percent. Gold was the only TSX subgroup that finished in the green that day, up a mere 0.8 percent.

Boeing (NYSE:BA) and Caterpillar (NYSE:CAT) both fell over 3 percent on Friday, making them the Dow’s worst performers. The industrial sector struggled the most on the S&P, as US Treasury Secretary Steven Mnuchin addressed the possibility of a trade war between China and the US.

Copper kept a steady pace on Friday as it closed at US$3.05 per pound. It made small moves forward on Monday morning as it reached US$3.06.