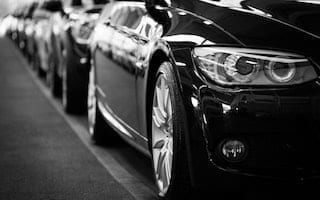 Wasting no time, China has fired back against the US after the country released a full list of Chinese goods that will be affected by proposed tariffs.

Following Sunday’s (April 1) announcement that China will be implementing $3 billion worth of tariffs on US imports, Wednesday (April 4) saw the country push the envelope even further.

The Asian nation laid down an additional $50 billion in tariffs against the US that day, placing 25-percent tariffs on 106 different products.

The move from China came less than 24 hours after the Office of the US Trade Representative released its list of Chinese goods that will be targeted in US President Donald Trump’s proposed US$50-billion tariff smackdown.

China’s newest tariffs affect items in the industrial, tech, medical and transportation sectors. Experts say they have been strategically catered to hurt some of America’s signature exports, such as soybeans, planes, cars, Jack Daniel’s whiskey and beef.

Many of the items are produced in states that saw heavy Trump votership in the 2016 presidential election, including Texas and Iowa.

None of the tariffs are to take place immediately, as America’s list is in a public comment period until May 11, with a hearing on the tariffs due on May 15. On China’s end, the effective date of tariffs will revolve around what actions the US takes next.

Despite China’s swift action on the tariff front, Trump attempted to defuse trade war concerns on Twitter. “We are not in a trade war with China, that war was lost many years ago by the foolish, or incompetent, people who represented the U.S.,” he tweeted early on Wednesday.

Commodities were also affected by the latest news from the Asian nation. Base metal copper was down 1.52 percent, aluminum was down 1.1 percent, and soybeans were down 2.05 percent as of 3:45 p.m. EST on Wednesday.