Morgan Stanley put out its Global Metals Playbook this week, and things aren’t looking great for many of the commodities mentioned in the report. Unfortunately, thermal and metallurgical coal were not spared from that outlook. 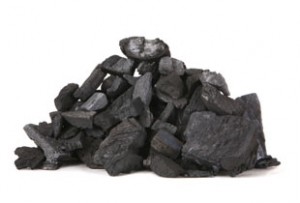 Morgan Stanley (NYSE:MS) put out its Global Metals Playbook this week, and things aren’t looking great for many of the commodities mentioned in the report. Unfortunately, thermal and metallurgical coal were not spared from that outlook.

For starters, Morgan Stanley suggests that earlier in the year, the main pressure on coal and iron ore was coming from “the relentless expansion of Australia-centric supply.” Now, however, the problem is a “clear loss of confidence in China’s industrial sector.”

“ [A]bating demand growth [in China] is undermining seaborne-linked prices too,” the report reads. Furthermore, the firm states that China is investing heavily in domestic production capability and lower-cost distribution for thermal coal, dampening its “large and crucial import demand.”

Seasonal demand normally picks up in China earlier in the year, but as Morgan Stanley notes, the shift hasn’t happened yet. That means metals and bulk commodities are missing out on key support from the country.

Looking specifically at metallurgical coal, the report states that prices have been under pressure so far in 2015. At times, weight on coking coal prices can be attributed to the commodity being mistakenly painted with the same brush as thermal coal by traders and hedge fund managers. However, Morgan Stanley sees the collapse in crude oil prices, a falling Australian dollar and weak import demand from China as the drivers behind met coal price weakness at the moment. So far, hard coking coal prices have fallen by $10, to US$100 per tonne FOB.

On the bright side, the firm points in its report to production cuts that were announced in 2014 on the back of those factors. According to its estimates, roughly 25 million tonnes per year worth of cuts occurred, lowering growth to 1 percent year-over-year. Furthermore, an alliance between BHP Billiton (NYSE:BHP,ASX:BHP,LSE:BLT) and Mitsubishi (TSE:8058) made a Q2 deal with Nippon Steel (TSE:5401) for top-grade hard coking coal at US$109.5 per tonne FOB, a premium to the current spot price.

“The deal became a benchmark when Rio Tinto (NYSE:RIO) and Anglo American (LSE:AAL) reported similar deals in the following days,” states Morgan Stanley. “The fact that these deals were executed at about a $8/t premium to the equivalent spot price reflects the premium that Japan is willing to pay in order to secure supply.”

Still, the firm suggests that the fact that BHP is re-engaging in quarterly negotiations rather than sticking to its terms “suggests that it has surplus material to ship into the market.” Overall, it’s brought its forecast for hard coking coal down 16 percent, to $109 per tonne for 2015. That said, the firm has kept its long-term forecasts constant, and is calling for prices to hit $118 in just two years.

The thermal coal market actually saw some positivity recently, with Glencore (LSE:GLEN) announcing on February 26 that it will cut its exports by 15 million tonnes amidst rampant oversupply in the space. Prices went up by $5 over the next few days and sentiment improved in the space. However, as Morgan Stanley notes, those cuts alone were not enough to keep upward momentum going.

“While Glencore is the world’s largest exporter of thermal coal, the 5Mt cut represents only 1.5% of the world’s 940Mt global trade,” states the firm. “The market very quickly filled the supply gap, so prices have since retraced.” Interestingly, Morgan Stanley notes that some believe Glencore’s cut was a tactic to increase price tension ahead of negotiations for contracts with Japanese utilities. In China, it sees growth slowing over the medium term in part due to increased investment in alternative power sources.

However, it isn’t all bad for thermal coal. Morgan Stanley explains that while China and India have managed inflation by putting a cap on electricity prices, their markets have grown drastically, making those policies difficult to maintain. “Now, their governments are exploring the creation of fuel/electricity markets, which promises both higher coal prices (since they are currently capped) and greater seaborne trade,” the report reads.

Morgan Stanley has kept its forecast for thermal coal prices relatively neutral, lowering its 2015 prediction by about 3 percent, to $62 per tonne. To be sure, coal investors will continue to hope for production to come out of the market to abate oversupply.

5 Top Weekly TSX Stocks: Mountain Province Gains on Diamond Sales Results
A Look at Historical Copper Prices
What is Coltan? 5 Facts You Should Know
The Basics of Critical Metals Investing