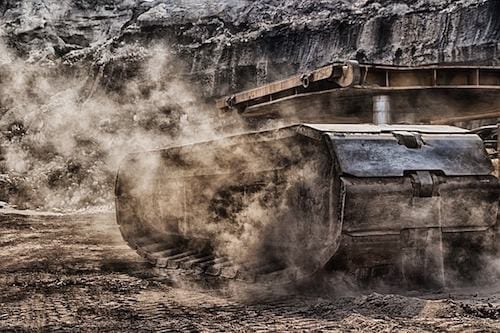 There are four main coal types: lignite, subbituminous, bituminous and anthracite. Here’s a look at their characteristics and uses.

Found in the Earth’s crust, coal is a fossil fuel that is, essentially, “the altered remains of prehistoric vegetation,” according to the World Coal Association (WCA). However, there are a number of different coal types to be aware of.

Coal, which has been a primary energy source for more than a century, began to form during the Carboniferous period, which took place between 360 million and 290 million years ago. Plant matter accumulated in swamps and peat bogs, and after being buried and exposed to high heat and pressure — largely due to the shifting of tectonic plates — it was transformed into the coal that powered the industrial revolution and that the mining industry uses today.

The WCA explains that the quality of coal is largely determined by:

Here’s a look at the four main coal types, arranged from lowest to highest carbon content, as well as explanations of what they are used for.

Lignite is the youngest type of coal deposit. It is soft and ranges in color from black to shades of brown. As a result, lignite coal is sometimes called brown coal. Lignite is mainly used for electricity generation and accounts for 17 percent of the world’s coal reserves.

Subbituminous coal is the result of millions of years of continued pressure and high temperatures on lignite. It burns cleaner than other types of coal, producing less greenhouse gas emissions due to its low sulfur content. Subbituminous coal is used in electricity generation and also in industrial processes. This coal type makes up 30 percent of the world’s coal reserves.

Bituminous coal is harder and blacker than lignite and subbituminous coal, and can be divided into two types: thermal and metallurgical. Together, they make up 52 percent of the world’s coal reserves and account for a majority of the coal industry. Thermal coal, as the name implies, is used in energy generation for heating, but it is also used for cement manufacturing and other industrial purposes. Metallurgical coal is primarily mixed with iron ore to produce iron and steel.

Anthracite is the most mature form of coal deposit and thus has the highest carbon content of any coal type. Nicknamed hard coal by the locomotive engineers that used it to provide energy to power trains, coal mines that produce anthracite or hard coal account for roughly 1 percent of the world’s total coal reserves; in other words, they make up a very small portion of the overall coal industry.

Anthracite is also used in some older homes’ heating stove systems, and can be used as a smokeless fuel in hand-fired furnaces.

Ironically, despite being the fuel that powered the industrial revolution, industrialized countries around the world are moving away from burning coal as an energy source due to its contribution to greenhouse gas emissions. Moving away from coal to generate electricity is one of the ways countries like Canada and the UK are addressing climate change.

Combating its contribution to air pollution is only one of the challenges facing the coal industry. As one of the oldest commodities attributed to the mining sector, coal mines and the mining methods used at them have long been controversial.

Miners breathing in coal dust produced during the mining process often came down with a medical condition known as “black lung,” common in areas where coal mining employs a large workforce, specifically the Appalachian region of the US.

As can be seen, while coal types are often painted with the same brush, there’s more than one variety out there. Getting to know the differences is key for energy investors evaluating companies and projects.

For a closer look at the different coal types and their uses, check out our other articles on the subject:

And if you want to start investing in coal, read our Introduction to Coal Investing.

This is an updated version of an article published by the Investing News Network in 2013.