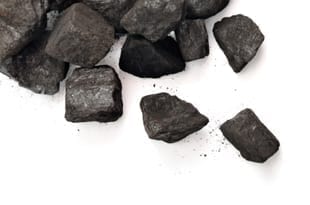 Here’s a very brief introduction to coal and what’s been going on lately in coal news and markets.

Prices for almost all metals and resource commodities have been under pressure as of late, and coal has been one of the hardest hit. Looking at coal news and markets right now, the picture is not a pretty one.
Metallurgical coal prices hit an 11-year low earlier this year, while a number of larger US producers, including Alpha Natural Resources (OTCMKTS:ANRZQ), Walter Energy (OTCMKTS:WLTGQ) and Patriot Coal, have filed for bankruptcy protection. What’s more, analysts in the coal space don’t see a true turnaround for met or thermal coal prices coming anytime soon.
Still, thermal coal accounts for a significant portion of the world’s electricity generation (about 41 percent), while coking coal remains essential to steelmaking. Here’s a very brief introduction to coal and what’s been going on lately in coal news and markets.

While there are numerous different types of coal, the two that are most relevant for coal markets today are thermal coal and metallurgical coal. Thermal coal may be burned for heat or electricity generation, while metallurgical coal, or coking coal, is a key element in steelmaking.
Top producers of both thermal and metallurgical coal include China, the US, Australia and Russia. China and India are the world’s largest importers of coal, with Japan, Taiwan and South Korea also importing significant amounts of coal.
Coking coal generally sells for higher prices than metallurgical coal, but in recent years, oversupply has plagued the markets for both types of coal.
To be sure, thermal and metallurgical coal are sometimes mistakenly painted with the same brush by traders and hedge fund managers, leading to unwarranted pressure on coking coal stocks and prices. However, as Morgan Stanley (NYSE:MS) explained earlier this year, pressure on metallurgical coal has come from weakening demand from China, lower demand from the steelmaking industry and falling oil prices, which have allowed miners to continue cutting production costs lower.

Coal, and thermal coal in particular, has been the subject of numerous environmental concerns, both in terms of mining practices and the fact that it’s burned for energy production. Two main environmental concerns associated with the use of coal are pollution caused by emissions of harmful contaminants such as sulfur dioxide, nitrogen oxides and mercury, and greenhouse gas emissions, which contribute to global warming.
However, despite the globally acknowledged harm caused by reliance on fossil fuels, both coal production and consumption is on the rise. The International Energy Agency (IEA) expects coal demand to push past 9 billion tonnes by 2019.
“We have heard many pledges and policies aimed at mitigating climate change, but over the next five years they will mostly fail to arrest the growth in coal demand,” said IEA Executive Director Maria van der Hoeven in December 2014. “Although the contribution that coal makes to energy security and access to energy is undeniable, I must emphasise once again that coal use in its current form is simply unsustainable. For this to change, we need to radically accelerate deployment of carbon capture and sequestration.”
Read our interviews on the subject with the IEA’s Dr. Keith Burnard here and here.

Both thermal and metallurgical coal prices have fallen dramatically in recent years, and many analysts say that a material recovery in pricing is still a few years away. Most recently, at the 2015 Coal Association of Canada conference, Joe Aldina of Wood Mackenzie said that his firm does not see the coal market coming back into balance before the early 2020s, although it sees met coal prices rising to the mid-$90 range by the end of 2016, and moving over $100 per tonne in 2017.
Still, Aldina and a number of other industry experts agree that with the growing power demands of China and India, demand and prices for coal will recover once the industry moves to cut oversupply. “If you are a longer-term, well-capitalized investor comfortable with taking on some commodity price risk, it really is a buyer’s market out there,” Aldina said at the end of 2014.