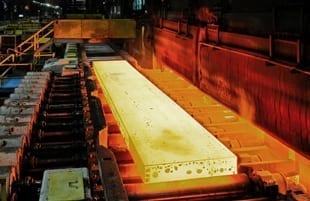 Pressure on coking coal prices isn’t likely to let up any time soon, according to the latest report from BMO Capital Markets.

Metallurgical and thermal coal have certainly had a tough few years. Unfortunately, pressure on coking coal prices isn’t likely to let up any time soon, according to the latest report from BMO Capital Markets.
As noted in the firm’s Q3 2015 Commodity Canvas, 2015 global steel production is about 1.5 percent lower than 2014 levels, and while there’s some hope that the second half of the year will bring improvements, falling steel prices mean that there’s little incentive to ramp up production. “This is negative for iron ore and met coal demand,” BMO states. And of course, a negative outlook for demand is also a drag on coking coal prices.
Furthermore, the World Steel Association has lowered its global steel demand forecast for the year to 0.5 percent from 2 percent. That’s mostly on the back of weaker steel consumption in China, which makes up about half of the world’s steel demand.
Meanwhile, the benchmark settlement for met coal or coking coal prices recently came in at US$93 per ton FOB from Australia.

As a result, BMO has revised its forecasts for coking coal prices down from US$107 per ton to $103 per ton. For 2016, the firm has revised its forecast down from US$114 per ton to $97 per ton. “We continue to expect prices remain lower (US$90–110/t) for longer on few supply cut announcements and slowing steel demand,” the firm states.
All in all, it suggests that 40 to 50 million tons of supply must be cut to balance out the still oversupplied met coal market. However, even though US coal producers are currently the least profitable (Australian producers are the most profitable), BMO doesn’t see lower prices pushing anyone out of the market in the near future. Those producers “are expected to continue operating their mines rather than incur significant closure costs,” further exacerbating the oversupply situation.
At the same time, weaker currencies relative to a strong US dollar have helped Australian and Canadian producers stay afloat.
On the demand side of things, the Financial Review reported that China’s coal imports are down 37.5 percent over the first half of 2015. In India, while thermal coal imports soared 23 percent for the quarter, met coal imports saw an increase of less than 1 percent, according to The Economic Times.
That paints a fairly gloomy picture for coking coal prices, but there is a bit of a silver lining from BMO as well. While it the firm advises keeping an eye on China, Russia, Mongolia and Mozambique in terms of supply growth, it also notes that, for the moment, there’s little growth from new projects on the horizon for met coal. Overall, despite a few factors weighing on coking coal, BMO suggests that “[s]pot met coal prices appear to have bottomed.”