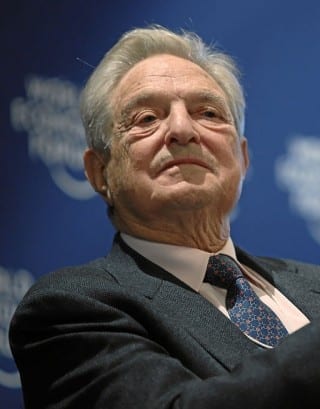 Despite spending millions fighting climate change and funding clean energy, billionaire George Soros now looks to be investing in coal.
According to a report from The Guardian, the Soros Management Fund (SMF) has spent over $2 million buying up shares of Peabody Energy (NYSE:BTU) and Arch Coal (NYSE:ACI) since April. Both companies have been under pressure due to falling coal prices, and have seen their share prices fall more than 90 percent over the past year.
Metallurgical coal prices have fallen to near 11-year lows in 2015, while thermal coal futures recently a touched 12-year low of US$52.85 a tonne amid continued oversupply and weakening demand from India and China.


Give me my free report!
The situation has gotten so bad that a number of coal producers have recently filed for bankruptcy protection, the latest being Alpha Natural Resources (OTCMKTS:ANRZQ). Walter Energy (OTCMKTS:WLTGQ) and Patriot Coal have also filed for bankruptcy protection this year.
However, for Soros, the situation seems to have created an opportunity. The billionaire’s fund now owns 1 million shares of Peabody and 500,000 shares of Arch Coal. This isn’t the first time Soros has invested in coal either; The Guardian also notes that SMF bought $234.4 million in shares of another major US coal producer, Consol Energy (NYSE:CNX), in 2014. The fund sold those shares a few months later.
The news might be confusing in light of Soros’ efforts to stop climate change. Indeed, he’s donated at least $1 million to the election campaigns of Barrack Obama and Hillary Clinton — both of whom support fighting climate change — and has funded the Climate Policy Initiative think tank.
Some believe he’s investing in coal now to take advantage of cheaply priced stocks ahead of a turnaround in the sector. “It’s possible that Soros is only looking for a ‘dead cat bounce’ from his Peabody and Arch Coal investments, but the companies together have provable coal reserves of about 11 billion tons, worth hundreds of billions of dollars,” said Steve Milloy of Breitbart. “I doubt the shrewd Soros is looking to make just a few million dollars on these investments.”


Give me my free report!
That statement was echoed by H. Sterling Burnett, research fellow and managing editor at the Heartland Institute, a Chicago-based think tank. Burnett told Fox News that it’s entirely possible that Soros’ coal buys could be part of a plan for climate action, but that he believes the billionaire is more motivated by a potential investment opportunity.
“If he buys enough stock to have controlling interests in these coal businesses, closes them down and leaves the coal in the ground, we might accept that he is a true believer, that his investment was all about stopping climate change and saving the environment,” he said. “But my suspicion is that he helped to drive stocks down, bought as many shares as he can, and, when stocks rebound, he can sell his shares and make a huge profit.”
Certainly, that isn’t the first time its been suggested that the currently depressed coal market could hold opportunity. However, with Soros involved, energy and industrial metals, investors will no doubt be paying more attention to that point of view.

2 responses to “George Soros is Investing Millions in Coal”

See our exclusive index of Coal companies on the move
EXPLORE