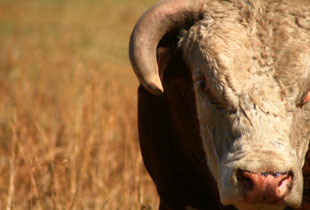 Uranium One has started production at its Christensen Ranch uranium mine in southwest Campbell County, making it the first operating uranium mine in Campbell County in more than a decade.  The spot market price of uranium cost less than $10 per pound when the Christensen Ranch mine shut down in the late 1990s; however, the price of uranium appreciated to more than $130 per pound in 2007 before falling to less than $40 in 2008 and 2009.

Uranium One has plans to start construction on another uranium mine in southern Campbell County on the Moore ranch in April. The Nuclear Regulatory Commission issued Uranium One a materials license for the Moore Ranch facility in October. The license, which authorizes Uranium One to operate its facility, is a significant step in opening the mine. The company has also opened its Irigaray processing plant just across the border in Johnson County. The Irigaray plant now processes the uranium ore from the Christensen Ranch facility into yellowcake uranium.

Although it is the most recent uranium operator in the region, Uranium One will not be the only mine in Campbell County for long. A number of other companies are working to open mines in Wyoming, including Cameco (TSX:CCO) (NYSE:CCJ) and Uranerz (TSX:URZ). Titan Uranium (TSXV:TUE) has plans to reopen an area uranium mine near Jeffrey City in Fremont County once owned by U.S. Energy Corp (NASDAQ:USEG). The community has been a relative ghost town since the local uranium industry contracted in the 1980s.  The company is finalizing paperwork to obtain a source material license from the Nuclear Regulatory Commission so it can process raw ore into yellowcake at the Sheep Mountain Mine site. The company plans to begin mining at what will be a combination surface and underground operation by 2014.

Cameco’s Smith Ranch-Highland mine near Douglas in Converse County is the largest uranium production facility in the country. It produces about 1.2 million pounds of uranium a year.  The company hopes to double its current production by 2018 with deposits in several areas of Wyoming, including southern Campbell County. It is currently drilling exploratory wells to better define where the uranium deposits are and working on permits for its expanded operations. Cameco USA recently relocated its headquarters to Cheyenne and is expecting to expand its office in Casper.

According to the U.S. Energy Information Administration, Wyoming and New Mexico together have anywhere from 66 percent to 75 percent of the nation’s estimated uranium reserves.

Last Thursday bullish comments about the uranium industry were made at a Wyoming Mining Association (WMA) event in Casper. The WMA will continue its work on behalf of uranium mining interests in the upcoming Legislative session this month focusing on permitting issues and mineral rights for wind farms. There will be legislation proposed to try to address the long waits many companies are enduring to get mining and drilling permits from the Wyoming Department of Environmental Quality.  The WMA will also be following how the Legislature defines the land rights concerning wind farms to make sure people with the mineral rights are not excluded if a wind farm is developed.