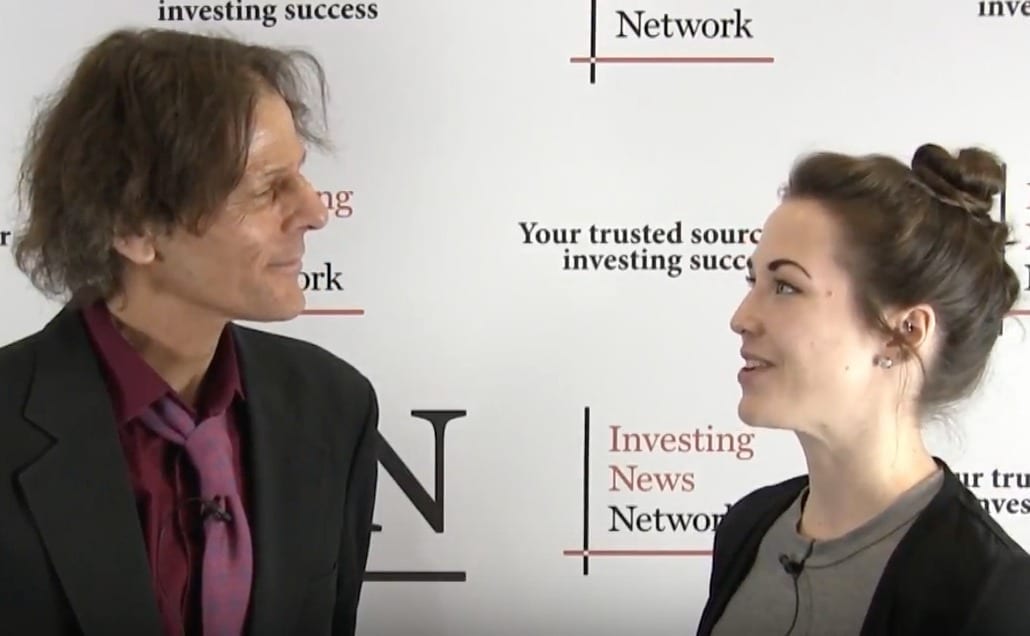 He believes the uranium market has bottomed.

The uranium space has seen renewed interest in 2017, in part due to Kazakhstan’s plan to reduce its uranium output by 10 percent this year. To learn more about what’s in store, the Investing News Network (INN) spoke with Thom Calandra of The Calandra Report at this year’s Vancouver Resource Investment Conference (VRIC).
In the interview above, Calandra comments on Kazakhstan’s decision and notes that while it has only pushed uranium equities up a little so far, “it looks real. It looks like the ‘bottom’ is in.”
Calandra also spoke about uranium demand, stating that by 2030 China will be the largest consumer of yellowcake, the uranium concentrate utilities need to power their nuclear reactors. He also said he sees the US using more nuclear power in the coming years.
“The demand going forward will always be there,” he said. “I don’t think we’re going to learn anytime in the next 10 years how to get energy from splitting atoms … it would be great if we had solar power and wind power on an industrial, regional, national scale. Probably not possible.”
Watch the full interview above, or scroll on to read the transcript. To hear Calandra’s thoughts on zinc and copper, click here. You can also view the rest of INN’s VRIC videos by clicking here.


Get My Free Report
INN: You’re here today chairing not one, but two uranium panels. So I wanted to start off by talking about uranium. Can you tell me your thoughts on Kazakhstan’s decision to cut uranium production this year?
TC: That happened about a week ago. Kazakhstan is definitely the world’s largest producer, and one of its cheapest producers. But the price has fallen so low that it needed to somehow tell the market, “hey, we have to cut production.” Almost like OPEC — how OPEC says or hints that it’s going to do something, and that could take the price higher or lower. That’s what Kazakhstan did — it said, “we’re going to cut production by 10 percent.” The spot price is too low for most companies, and certainly most exploration companies, to make money. They’re mostly underwater, and if they’re underwater and they’re cheap, everybody’s under.
INN: We saw a bit of share price appreciation for some companies after that. Is that going to last?
TC: Let’s look at the uranium equities. You look at uranium, it’s a little bit of an obscure market. People look at the spot price, they look at contract prices for yellowcake concentrate, which is concentrate that nuclear power utilities buy. And probably in the past six to eight weeks we’ve had a nice rise. Not a huge rise, but a nice rise, and at a very depressed price of spot uranium. Uranium was like $18 a pound. So now it’s $22, $23 a pound, and of course the corresponding equities have done very well. Some of them have doubled, some are up 40 to 60 percent in the course of a week.
We saw a little interruption earlier in the week, this is early on in January, when Cameco (TSX:CCO,NYSE:CCJ), which is the largest North American uranium company, it’s a producer, said, “hey we’re going to have costs that far exceed expectations.” Most people in the industry knew it, but it’s costing a lot of money to close down what they call Rabbit Lake in Canada, it’s costing money to lay people off. They are having currency fluctuation problems, and that ended the rally, but only for a day. The stock is down 18 percent — other uranium equities, the explorers, the producers, were down, [but the] next day they came right back.


Get My Free Report
We’ve had quite a little rally, but it’s really nothing when you look at the chart for the last five years. You see everything going lower and lower and lower, then you have this little blip. If you were to look at just the blip it would be like, “whoa!” — but if you look it at over a five-year chart it’s hardly nothing. I only started getting into uranium maybe 10 years ago, South Africa mostly, a couple of other areas. It looks real. It looks like the “bottom” is in.
INN: That’s a pretty good overview of the supply side. What about demand? I know you’ve written that China is shaping up to be a major buyer. But it sounds like that may be more of a slow burn.
TC: Yeah. For one of the panels we put together of three companies, CanAlaska Uranium (TSXV:CVV), Denison Mines (TSX:DML,NYSEMKT:DNN) and Skyharbour Resources (TSXV:SYH), I put together a slide that we showed … and it explains everything from the supply/demand equation, to the politics, to the headlines. I was joking that even — I’m not sure people got this joke, but I was joking that even a Kardashian headline could move the uranium market. That’s how sensitive it is to tweaks and headlines like the Kazakhstan news.
I would say that China by the year 2030 will be the largest consumer of yellowcake. Right now in the US, 20 percent of its power comes from nuclear reactors — that’s probably going to grow over the next five years. Of course, people have mentioned “the Donald.” The Donald or not, we need cleaner energy. Yes, there are issues with the storage of uranium, and what you do with the radioactive waste. But uranium right now on an industrial scale, regional scale — reactors that can power tens of millions of homes like they do in France. Like they do or were doing for awhile in Japan before Fukushima. The demand going forward will always be there. I don’t think we’re going to learn any time in the next 10 years how to get energy from splitting atoms. It would be great if we could, it would be great if we had solar power and wind power on an industrial, regional or national scale. Probably not possible. So I think the demand will always be there — even Mexico needs uranium. One power plant in Mexico … supplies 5 percent of the country’s power. Five percent just from one plant. So you can see that the potential is great.
Don’t forget to follow us @INN_Resource for real-time news updates!
Securities Disclosure: I, Charlotte McLeod, hold no direct investment interest in any company mentioned in this article.
Editorial Disclosure: The Investing News Network does not guarantee the accuracy or thoroughness of the information reported in the interviews it conducts. The opinions expressed in these interviews do not reflect the opinions of the Investing News Network and do not constitute investment advice. All readers are encouraged to perform their own due diligence.