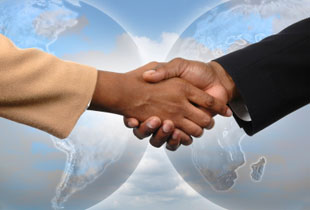 The 55th Annual Regular Session of the International Atomic Energy Association (IAEA) General Conference concluded last Friday in Vienna, Austria, where the United States and Russia made a “commitment to supporting the safe and secure expansion of civil nuclear energy.”  The announcement further builds on positive cooperative policy developments from July of 2009.

Officials from the Department of Energy and Rosatom agreed to a “joint statement on strategic direction of US-Russia nuclear cooperation.” United States’ Energy Secretary Stephen Chu indicated that it was a milestone for two pioneers of nuclear energy.

Uranium industry stakeholders will note that new approaches to the fuel cycle appeared on the agenda. In March, the Board of Governors, composed of 35 IAEA member states, approved the request from a number of countries moving towards a Nuclear Fuel Assurance mechanism which would enable the assurance of supply of uranium enrichment services and low enriched uranium for use in nuclear power plants.

On Monday, the IAEA Board met in a one day assembly to elect a new Board Chairman and the Vice Chairmen to serve for a one year term, as well as to address outstanding issues arising from the regular session of the general conference. The positions are to be occupied by, respectively, the Governor for Italy, Mr. Gianni Ghisi, and the Governors for the Czech Republic, Ms. Dana Drábová, and for Jordan, Mr. Makram Mustafa Queisi.

In an exclusive interview with Uranium Investing News Thomas Drolet, an independent energy consultant and former President and CEO of the Ontario Hydro International, a spin-off of the world’s fourth largest electrical utility, recently discussed potential industry demands. Providing cautious guidance for the broader global resource outlook, Mr. Drolet stated, “I am quite concerned especially in the United States with the economy, where most of my discussions are with the government bureaucrats and with the major electrical utilities. They are all seeing slowdowns.”

The latest projections by the IAEA corroborate these concepts noting that the Fukushima-Daiichi nuclear accident will also slow growth in nuclear power. The latest updated IAEA annual global nuclear power generating capacity projection takes into account the effects of the March earthquake.

With most of the growth expected to occur in countries that already have operating nuclear power plants, the publication forecasts that by 2030 the number of operating nuclear reactors increases by about 90 in the low projection and by about 350 in the high projection, from the current total of 433 reactors.

Uranium spot market prices fluctuated this last week as reported by TradeTech uranium consultants, initially rising to $54.00 per pound early in the week, before retreating to its closing price at $53.00 per pound of uranium. The drop in prices was attributed to an overall stock market correction in the United States on September 22.

Investors will note that the spot market price of uranium has not traditionally been correlated with the dynamics of capital markets although it has more recently become sensitive to changes in the overall economy. Considering the relatively illiquid and small volume of the spot uranium market means that even the slightest shift in demand or supply can impact underlying uranium prices. TradeTech reported a total of eight transactions for the week with the majority of the material bought and sold by traders and financial entities.