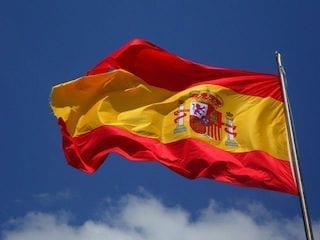 An investment agreement with the sovereign wealth fund of the Sultanate of Oman will allow Berkeley Energia to fund the construction of its Salamanca mine.

Berkeley Energia (ASX:BKY,LSE:BKY) will receive up to $120 million from Oman to help fund the construction of its Salamanca uranium mine in Spain.
The agreement with the sovereign wealth fund of the Sultanate of Oman also entitles Oman to a 39-percent stake in the company, plus potential offtake rights to mine output. Salamanca is scheduled to begin production in 2019.
“At full production, Salamanca will be Europe’s largest uranium producer accounting for 10 percent of the total requirement and will be important to the EU’s security of supply, which currently relies on Russia, Kazakhstan and Niger for almost 60 percent of its uranium,” said Paul Atherley, managing director at Berkeley Energia.


Get My Free Report
According to the company, a large number of European and US utilities will be looking to secure new uranium supply contracts around the same time that Salamanca will start producing. New demand from Chinese reactors will also be coming online.
Tim Keating, private equity manager for mining and resources at Oman’s sovereign wealth fund, said the Salamanca mine “matches our investment criteria of being a long life, low cost mine development opportunity with outstanding economic fundamentals.”
The binding agreement with Oman is subject to approval from the Berkeley Energia shareholders. It will require permission from uranium nuclear regulatory body EURATOM Supply Agency as well.
The deal is a sign of a shift in the Gulf Arab states from domestic oil production to alternative energy sources. Other activities include the development of the United Arab Emirates’ first nuclear power plant. Emirates Nuclear Energy is spearheading its development, with operations set to begin in 2018. It is the first of four plants scheduled to come online in the country by 2020.
Aside from its relationship with Oman, Berkeley Energia also has a sales agreement with Curzon Resources for a total of 2 million pounds of uranium over a five-year period, with the scope to increase that amount to a total of 3 million pounds.
Uranium prices are at a decade low — as of August 21, the U3O8 spot price was at $20.50 per pound, down 25 cents from the previous week. That said, market watchers are confident that prices will improve moving forward.
Don’t forget to follow us @INN_Resource for real-time news updates!
Securities Disclosure: I, Melissa Shaw, hold no direct investment interest in any company mentioned in this article.

One response to “Oman Backs Spanish Uranium Mine”