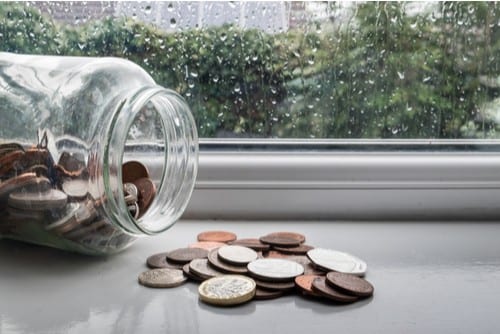 All good things come to an end was the sentiment expressed by Lobo Tiggre, CEO of Louis James LLC, when the Investing News Network spoke with him on the sidelines of the 45th annual New Orleans Investment Conference.

While Tiggre remained less alarmist then other conference speakers, he did caution of the market conditions and the record setting bull run as indicators investors should be mindful of.

“I do think a major disruption is in the cards,” said Tiggre. “Is that card about to turn up? I don’t know.”

Citing a global financial system more fragile than it was pre-2008, slowing of the global economy and central bank interest cuts, Tiggre says precious metals are still and will remain the safe haven investors often use to hedge their portfolios.

“But that card is in the deck so I think it is very prudent to not plan for it, but prepare for it — prepare for the worst, hope for the best,” he said. “I think that makes perfect sense here and the wonderful thing is that gives us a very clear to-do item, and obviously the precious metals are that item.”

In terms of uranium, Tiggre sees the price needing to be higher than US$50 per pound, which is often used as a benchmark and is double the current U3O8 spot price of US$24.

“My review of the data suggests its more like US$65 or US$70. The number that would really light a fire under the explorers out there is pretty high,” he said. “If you look at their feasibility studies most of them are done at US$60-US$65.”

But Tiggre remains a self-proclaimed uranium bull, pointing to the need for U3O8 as a clean energy fuel.

The current market has left producers and utilities out in the cold in terms of contracts, and Tiggre doesn’t see any agreements being signed at current prices.

“The price of uranium could literally double at that time (of contract signing) because the incentive price that you and I talked about is more than twice and sometimes three times the current spot price,” he said.

“I cant say when, but when it does happen we are going to see a very sudden and dramatic rise in uranium prices and that is going to be extremely bullish for the uranium companies.”

On the flip side, the Independent Speculator sees precious metals as the place where investors should be focused right now.

The prolonged bull market paired with the mounting global uncertainty has created a unique situation for the precious metals sectors, according to Tiggre.

“…(T)hat makes this one of those asymmetrical situations where there’s not a lot of downside, there is potentially a great deal of upside when precious metals prices take off — and if worse comes to worst you will want to own the metals themselves.”

One precious metal that has caught Tiggre and many conference attendees by surprise is palladium, which the founder of Louis James touched on.

“Even most of the reasonable palladium bulls that I know, they don’t imagine that price will stay there forever, they understand that there has been a supply crunch, and so given that, no it’s not surprising, but it is surprising how high it has gone. I was surprised when it hit the same price as gold and I was more surprised that it stayed up that high.”

While palladium performed better than gold in recent weeks, it isn’t enough for Tiggre to buy.

“Since I can’t convince myself that it has to go higher, I would rather miss the boat than be that guy that jumped on the bandwagon who was the last one to buy, and when the music stops, I’m standing there holding the bag.”

Listen to the interview above for more from Tiggre on when silver will rise, the value of platinum and what needs to happen in the uranium space to break the price rut. You can also click here for our full New Orleans Investment Conference playlist on YouTube.

The Coronavirus and You: Protecting Wealth in a Black Swan Event
Should You Invest in Silver Bullion?
Lobo Tiggre: The New Energy Paradigm has Changed Everything
Big Booms and Epic Declines: 5 Experts Sum Up the Decade in Mining