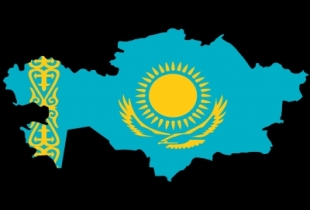 A February 21-23 visit from Kazakhstan’s president, Nursultan Nazarbayev with Chinese President Hu Jintao saw the two countries capture a comfortable economic and political relationship which will be of significant interest to uranium investors and industry observers.

The most interesting and notable of the deals for investors and energy stakeholders, includes a nuclear cooperation agreement and considerable Chinese loans to develop industrial facilities in Kazakhstan. “China attaches great importance to ties with Kazakhstan and it is an unswerving policy of China to develop China-Kazakhstan strategic partnership of long-term stability, good-neighborly friendship and win-win cooperation.  Russia and the World Bank have also participated in the infrastructural enhancements, with Beijing co-financing a new highway that runs west across Kazakhstan, which should improve transportation infrastructure and open new markets for China.

The recent joint announcement signed by the two presidents described free trade plans as “one of the most important cooperation projects in the non-raw materials sectors of the two countries’ economies.” The document also emphasized the importance of boosting cooperation outside of the energy sector, merging well with Kazakhstan’s strategy to reduce its economic dependence on oil and gas exports.

China’s increasing importance in Kazakhstan and other former Soviet republics in Central Asia is underscored by billions of dollars in investment in the region’s petrochemical and metallic resources, including a $10 billion “loan-for-oil” deal already signed.  The value of Kazakhstan’s exports to China doubled to $5.5 billion during the first seven months of 2010 according to Kazakhstan’s State Statistics Agency.  Bilateral trade reached $20 billion last year, up 45 percent year on year, but Nazarbayev said during the trip that there was plenty of untapped potential.

Energy is still the foundation of the partnership, as Mr. Nazarbayev described it as “the first point in our relationship” and pointed out that a fifth of Kazakhstan’s oil is produced by Chinese companies.  Kazakhstan cemented two deals to supply China with 55,000 tonnes of uranium. Kazakhstan became the world’s largest uranium producer in 2009 and has around 15 percent of global reserves, and according to Mr. Nazarbayev has the potential to meet 40 percent of the burgeoning needs of Chinese nuclear power stations.

The strategic allegiance could see the development of a uranium processing and enrichment center in Kazakhstan, designed to produce fuel rods for export to China. That would help Astana realize its dream of taking part in the full nuclear fuel cycle (it presently relies on assistance with Russia in certain stages).

Industry also benefited from the visit, with Kazakhstan receiving a $1.5 billion loan to develop the Sokolovsko-Sarbayskoye ore-mining operation, $400 million to develop the chromium industry and a copper company to receive unspecified funds for developing deposits and producing concentrates for export to China.

Under a $5 billion credit line earmarked for energy cooperation, China also agreed to a loan to enable the construction of a petrochemical plant in Kazakhstan. The Kazfosfat phosphate enterprise signed a cooperation agreement with SinoChem Group, and Kazatomprom signed one with the China Guangdong Nuclear Power Group (CGNPC).

Rob Gereghty, Manager, External Communications for Cameco Corporation (TSX:CCO) indicated to Uranium Investing News that the news is viewed as a beneficial outcome for the Canadian uranium mining giant.  “Cameco has had a presence in Kazkhstan for over a decade through Joint Venture Inkai, a partnership between Cameco, Kazatomprom and the government in Kazakhstan. Consequently, we see the China-Kazakhstan relationship as a positive development for both the country and our company.”

This week uranium spot market prices climbed 1.5 percent to $69.75 per pound according to Ux Consulting Co. , as supplies show signs of thinning. UxC noted that, “Indications show that price is beginning to firm. Not only are offers up, but they are showing a stepped progression with higher prices in later months. Spot activity continues, with the supply side once again thinning.” Prices of uranium had surged 17 percent in January before reverting 4.5 percent last month, attributed to selling from China during the month. “As spot prices started to fall, additional demand entered the market, picking up a good bit of this supply,” UxC said. “While both sides of the market still appear to be generally thin, spot volume continues to rack up.”