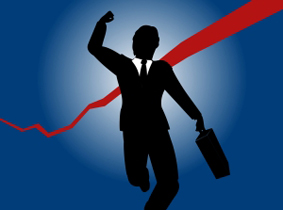 As many uranium industry observers and stakeholders expected the competition for Hathor Exploration Ltd. (TSX:HAT) and its prized Roughrider uranium deposit has been extended with an increased  all-cash offer from uranium top producer Cameco (TSX:CCO,NYSE:CCJ) to acquire all outstanding shares at $4.50 per share, which would imply an enterprise value for Hathor of approximately $625 million.  A previous friendly offer from Rio Tinto PLC (LSE:RIO,NYSE:RIO,ASX:RIO) had already been endorsed unanimously by Hathor management, which valued the junior exploration company at $572 million or $4.15 per share.

Cameco had originated the contest toward the end of August with a hostile offer of $3.75 per share valuing the fully dilute share capital of Hathor at approximately $520 million. The latest offer represents a premium of 8.4 percent over the competing bid from Rio Tinto. The bid is scheduled to expire on November 29, and represents a 1 percent premium above the previous trading session closing price of $4.47 for Hathor. Hathor’s share price had already steadily appreciated to a 40 percent range premium above Cameco’s initial offer.

The center of attention is now on both the market and Rio Tinto as uranium industry stakeholders will wait to see if Rio Tinto will counter the bid. With approximately $10 billion of working capital on its balance sheet according to its most recent annual financial statements Rio Tinto could offer more for Hathor, but the company will have to decide whether pursuing the strategic uranium asset fits with its outlook and broader objectives. Rio Tinto has previously indicated interest in the Athabasca Basin, and acquisition at the large Roughrider deposit seemed an attractive entry point.

In a note to clients, TD Securities analyst Greg Barnes suggests “It appears that the fight for HAT still has some way to go. In our view, Rio Tinto sees a larger consolidation play developing in the Athabasca Basin.”

With the Hathor share price trading between $4.75 and $4.82 per share the immediate reaction to this development in the market appears to confirm the analysts’ expectations that the competition is not over or at the very least the price of this asset has yet to be fully realized. As appreciation of Hathor shares have climbed more than 7 percent on the news, both Cameco and Rio Tinto have traded slightly lower, depreciating 0.2 percent and 1 percent respectively.

Uranium spot market prices have increased as reported by both TradeTech and Ux Consulting uranium consultants climbed slightly to $52.25 per pound representing a 25 cent increase. The price increase was attributed to a producer seeking approximately 900 thousand pounds of uranium prior to next January. It was reported that although utilities were not active buyers in the uranium spot market, a number may be considering procurement in the near future. A catalyst for new demand has demonstrated upward pressure on uranium spot market prices; relatively lower volumes has left some producers with unsold uranium over the past few months.