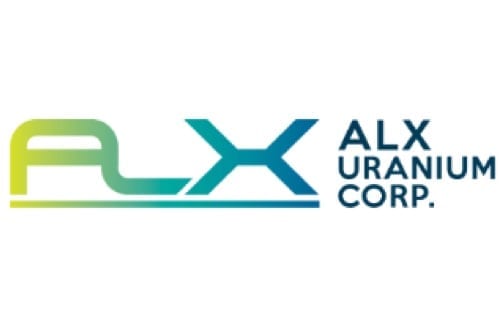 ALX Uranium Corp. announced that it has received results from Orano Canada Inc. for the fall diamond drilling program at the Close Lake Uranium Project.

ALX Uranium Corp. (TSXV:AL, FSE: 6LLN, OTC:ALXEF) (“ALX” or the “Company”) announced today that it has received results from Orano Canada Inc. (“Orano Canada”) for the fall 2019 diamond drilling program at the Close Lake Uranium Project (“Close Lake”, or the “Project”) located in the eastern Athabasca Basin area of northern Saskatchewan, Canada. Close Lake is situated between the Cigar Lake and McArthur River mines, the two highest-grade uranium mines in the world.

Orano Canada, as operator of exploration at Close Lake, completed three holes totaling 2,394.0 metres in the northern part of the Project during the helicopter-supported diamond drilling program, as follows:

Orano Canada has proposed a budget of $2.375 million to the Close Lake joint venture partners for winter 2020 geophysical and drilling programs in the southern part of the Project, with ground geophysical work to begin in December 2019. A moving loop electromagnetic survey is planned to better define targets on several target areas, including along the C-9 South conductor, which is located on trend with the conductive system that hosts Cameco’s McArthur River uranium mine southwest of the Project. The 2020 drilling program is proposed to consist of up to ten drill holes totaling approximately 5,200 metres.

Significant gaps in historical drilling of up to 1.2 kilometres remain along the defined conductor trends in the southern part of Close Lake. The exploration strategy for the Project remains to test for unconformity-style uranium mineralization by ground-truthing conductor locations by geophysical means, fence drilling of geological targets, and drilling unexplored and underexplored conductors that demonstrate favourable characteristics for uranium mineralization. Click here to view maps of Close Lake.

Close Lake consists of 21 mineral claims totaling 38,679 hectares (95,578 acres). Numerous uranium and base metals showings have been discovered from historical drilling by a joint venture first established in 1978. The eastern boundary of the Project adjoins the Cigar Lake uranium mine property and its southern boundary adjoins the McArthur River uranium mine property. Two licensed uranium mills are located in the eastern Athabasca Basin area. Close Lake is accessible by winter trail from Cigar Lake via Points North Landing and McArthur River, all of which have all-weather road access and nearby infrastructure, including airports.

Historical drilling at Close Lake prior to the 2019 drilling program totals approximately 110,049 metres in 170 drill holes. Uranium mineralization has been intersected at or near the unconformity between the Athabasca sandstone and basement rock units, often graphitic, with associated base metals values and rare gold occurrences at downhole depths ranging between 463 metres and 682 metres.

ALX has signed a binding option agreement (the “Agreement”) for Close Lake with Orano Canada, a subsidiary of Orano Group, France, a world leader in the nuclear marketplace, whereby ALX can earn up to a 51% participating interest in the Project (see ALX news release dated April 23, 2019). Orano Canada, as operator, holds a 74.4004% interest in a joint venture at Close Lake with Cameco Corporation (“Cameco”) (TSX: CCO) holding a 14.9849% interest, and JCU (Canada) Exploration Company Ltd. (“JCU”) holding the remaining 10.6147% interest. The execution of the Agreement follows the non-binding letter of intent signed in February 2019 with Orano Canada and confirms a five (5) year option with ALX funding exploration expenditures for a total amount of $12.0 million and issuing 10,000,000 common shares of ALX to Orano Canada.

The technical information in this news release was reviewed and approved by Sierd Eriks, P. Geo., President and Chief Geologist of the Company, who is a Qualified Person in accordance with the Canadian regulatory requirements set out in National Instrument 43-101. Readers are cautioned that some of the technical information described in this news release is historical in nature; however, the information is deemed credible and was produced by professional geologists of the eras discussed. ALX further cautions investors that it has reviewed but has not verified all of the historical Close Lake exploration data, and that mineralization located on adjacent properties by historical exploration may not be present at the Project.

ALX’s mandate is to provide shareholders with multiple opportunities for discovery by exploring a portfolio of prospective mineral properties in superior mining jurisdictions. The Company executes well-designed exploration programs using the latest technologies and has interests in over 200,000 hectares in Saskatchewan, a Province which hosts the richest uranium deposits in the world, a producing gold mine, and demonstrates potential for economic base metals deposits. ALX has recently acquired the Falcon Nickel Project in Saskatchewan, the Vixen Gold Project in the historic Red Lake Mining District of Ontario, Canada, and the Draco VMS Project in Norway. ALX is based in Vancouver, BC, Canada and its common shares are listed on the TSX Venture Exchange under the symbol “AL”, on the Frankfurt Stock Exchange under the symbol “6LLN” and in the United States OTC market under the symbol “ALXEF”. Technical reports are available on SEDAR at www.sedar.com for several of the Company’s active properties.