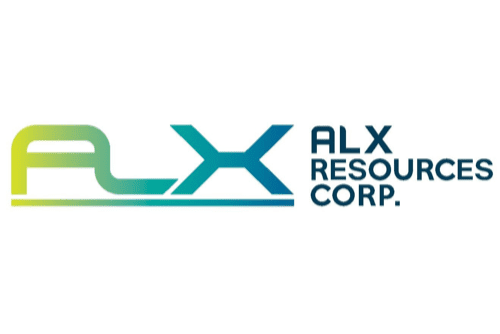 ALX Resources Corp. is pleased to announce that nickel and copper mineralization has been intersected at its 100%-owned Falcon Nickel Project.

ALX Resources Corp. (TSXV:AL, FSE:6LLN, OTC:ALXEF) (“ALX” or the “Company”) is pleased to announce that nickel and copper mineralization has been intersected in the second hole of the 2020 drilling program at its 100%-owned Falcon Nickel Project (“Falcon”, or the “Project”) located in the northern Athabasca region of Saskatchewan, Canada.

ALX reports that its second drill hole on the V-1 conductive target (“V-1”) proximal to the historical Currie Lake deposit area (“Currie Lake”) completed to a depth of 108 metres has intersected sulphide mineralization beginning at a depth of 47.03 metres continuing to 67.89 metres. The presence of nickel and copper mineralization in hole FN20-002 has been confirmed by the use of a portable X-ray fluorescence (“XRF”) device on the drill core, which is currently being logged and sampled. Preliminary logging describes the mineralized interval as containing disseminated to semi-massive, net-textured sulphides, with visible pyrrhotite and chalcopyrite hosted within noritic rocks. Core samples are being shipped to SRC Geoanalytical Laboratories in Saskatoon, SK for base metals analyses with results expected later in March 2020.

“ALX has intersected sulphide mineralization in a new zone that was never detected by historical exploration,” said Warren Stanyer, CEO and Chairman of ALX. “We await the assays from this new discovery and further validation of Falcon’s potential.”

ALX’s first hole, FN20-001, was drilled to a depth of 165 metres but did not encounter significant sulphide mineralization. A borehole electromagnetic (“EM”) survey was immediately carried out upon completion of the hole, which detected a conductive zone at a shallower depth. Hole FN20-002 targeted this anomaly from the first drill set-up. A comprehensive ground EM survey is recommended over V-1 to better define conductive zones in the V-1 area, when ground conditions permit.

Following the completion of the second hole, ALX moved the drill to the V-3 target area (‘V-3″), located approximately 4 kilometres east of V-1, to test a geophysical target defined by a completed ground EM survey (see ALX news release dated March 2, 2020). ALX plans to update its shareholders on its drilling progress as more information becomes available during the winter 2020 program.

Falcon is located within the Tantato Domain, which forms a segment of the Snowbird Tectonic Zone. ALX acquired claims at Falcon beginning in May 2019 by way of staking and through three separate land purchases, bringing the size of the Project to approximately 20,002 hectares (49,427 acres) (see ALX news releases dated June 12, 2019, October 7, 2019 and October 24, 2019).

Falcon hosts a magmatic nickel-sulphide mineralizing system that has been underexplored by modern methods until its acquisition by ALX. A long history of exploration beginning in 1929 discovered numerous nickel-copper-cobalt showings within Falcon’s boundaries, including the Axis Lake deposit (“Axis Lake”), the Rea Lake deposit (“Rea Lake”) and Currie Lake.

A helicopter-supported diamond drilling program is underway at Falcon, which started in early March 2020. Mobilization of the drill rig and personnel is achieved from the town of Stony Rapids, SK, located approximately 18 kilometres by air from the centre of the Project. Stony Rapids is connected to the Saskatchewan highway system by all-weather Highway 905 and has a fully-serviced airport to support both fixed-wing aircraft and helicopters.

A site visit carried out by ALX in October 2019 at Currie Lake confirmed grades in surface rock samples of up to 3.17% nickel and 0.40% copper from historical trenches, along with anomalous grades of cobalt, gold and platinum group metals (see ALX news release dated November 20, 2019). Through modern geophysical modeling, ALX subsequently identified highly-prospective targets in three areas that were not defined by historical exploration. Falcon hosts other geophysical anomalies that ALX intends to methodically test by geophysical modeling, ground-truthing and diamond drilling, if warranted.

The identification of nickel-copper mineralization in drill core described in this news release was by field use of a handheld X-ray fluorescence (“XRF”) spectrometry device. XRF spectrometry is a non-destructive method of material characterization, allowing for primary confirmation of the elemental and chemical make-up of geological samples. ALX does not rely upon XRF spectrometry for conclusive geochemical analysis but as a useful tool to prioritize sampling of drill core and identification of minerals.

ALX’s mandate is to provide shareholders with multiple opportunities for discovery by exploring a portfolio of prospective mineral properties, which include nickel-copper-cobalt, gold and uranium. The Company executes well-designed exploration programs using the latest technologies and holds interests in over 200,000 hectares in Saskatchewan, a stable Canadian jurisdiction that demonstrates strong potential for economic base metals deposits, and hosts a producing gold mine as well as the highest-grade uranium mines in the world. ALX has recently acquired the Falcon Nickel and Flying Vee Nickel projects in northern Saskatchewan, the Vixen Gold Project in the historic Red Lake Mining District of Ontario, Canada, and the Draco VMS Project in Norway. ALX is based in Vancouver, BC, Canada and its common shares are listed on the TSX Venture Exchange under the symbol “AL”, on the Frankfurt Stock Exchange under the symbol “6LLN” and in the United States OTC market under the symbol “ALXEF”.

Statements in this document which are not purely historical are forward-looking statements, including any statements regarding beliefs, plans, expectations or intentions regarding the future. Forward-looking statements in this news release include: the Falcon Nickel Project (“Falcon”) is prospective for nickel-copper-cobalt mineralization; the Company’s plans to undertake exploration activities at Falcon, and expend funds on Falcon. It is important to note that the Company’s actual business outcomes and exploration results could differ materially from those in such forward-looking statements. Risks and uncertainties include that ALX may not be able to fully finance exploration at Falcon, including drilling; our initial findings at Falcon may prove to be unworthy of further expenditure; commodity prices may not support exploration expenditures at Falcon; and economic, competitive, governmental, societal, environmental and technological factors may affect the Company’s operations, markets, products and share price. Even if we explore and develop the Falcon project, and even if nickel-copper-cobalt or other metals or minerals are discovered in quantity, the project may not be commercially viable. Additional risk factors are discussed in the Company’s Management Discussion and Analysis for the Nine Months Ended September 30, 2019, which is available under the Company’s SEDAR profile at www.sedar.com. Except as required by law, we will not update these forward-looking statement risk factors.