A snapshot of 10 companies that saw the biggest increases in gas production over the course of the year. 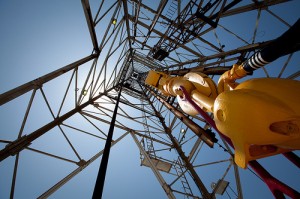 Although big names in the gas industry such as Cheseapeake Energy Corp. (NYSE:CHK), Anadarko Petroleum Corp. (NYSE:APC), and Devon Energy Corp. (NYSE:DVN) are once again on the list of the most prolific natural gas producers in the US, 2011 witnessed some impressive production growth among mid-sized firms.

Below is a brief snapshot of the companies that saw the biggest production increases over the course of the year, relative to their average output in 2010.*

The bulk of EXCO’s production comes from their operations in the Haynesville and Bossier shales in Texas, as well as conventional fields in East Texas and North Louisiana. EXCO also own acreage in the Marcellus shale, which they have been developing since 2009 through a joint venture with BG Group (LSE:BG).

EQT’s assets are primarily concentrated in the Marcellus and Huron shales in the US Northeast, where they hold over 3.2 million acres. The company has estimated their proved Marcellus reserves at 2.9 trillion cubic feet (tcf), and have proved reserves totalling 2.2 tcf in their Huron shale plays.

Cabot are active in the Haynesville shale and also have holdings in the Marcellus and Eagle Ford shales, as well as positions in Wyoming. The company is a pure play natural gas producer, and has proved shale and conventional reserves totalling 2.7 tcf.

SM Energy have acreage in the Haynesville shale, and in conventional fields in East Texas and North Louisiana. They have operations in the Woodford shale in Oklahoma, and have also recently acquired positions in the Marcellus and Eagle Ford shales.

Formerly Petrohawk Energy Corp., Australia’s BHP Billiton completed an acquisition of the company in August. Prior to the move, Petrohawk owned operated positions in the Haynesville and Eagle Ford shales, with proved reserves of 3.4 tcf and 1 million acres of land in Texas and Louisiana.

Most of Quicksilver’s production comes from their positions in the Barnett shale in North Texas, which total 155,000 acres. The company also has reserves of 250 billion cubic feet (bcf) in Alberta, and is exploring in the Horn River Basin of Northeast British Columbia.

McMoRan Exploration’s operations are primarily focused on “deep and ultra-deep gas plays” in the shallow waters of the Gulf of Mexico. The company also holds producing assets onshore in Texas and Louisiana.

Southwestern, a considerably larger outfit than most names on the list, are the 8th largest producer of natural gas in the US. They hold acreage in many of the major basins in the US, but close to 90 percent of their production comes from their Fayetteville shale positions in Arkansas, where they have proved reserves of 4.3 tcf.

Apache is another big name producer that has seen robust production growth over the course of the year. The company has assets in all the major shale formations in Texas, as well as in the Anadarko basin in Oklahoma. Apache have also been active in the Horn River Basin in British Columbia, where it holds over 200,000 acres.

W&T Offshore primarily operate shallow water offshore rigs in the Gulf of Mexico. They also have some modest onshore assets in the Permian Basin in West Texas.

*Data sourced from The Natural Gas Supply Association. Figures for 2011 cover average production from January through September, as Q4 production data is not yet available.