As fuel demand rises worldwide, the need for energy sources aside from petroleum is becoming more important than ever. 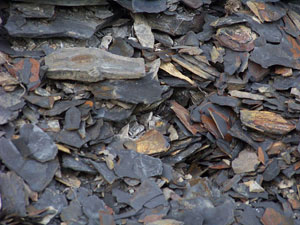 As fuel demand rises worldwide, the need for energy sources aside from petroleum is becoming more important than ever. Leading the charge is shale gas, which is carving the way to meet the growing demand for fuel.

Shale gas can be found several hundred feet below the Earth’s surface. The shale rock itself is made of compressed mud, making it quite porous. As plants decompose beneath the rock, the methane gas produced during the decomposition process is absorbed into the shale rock. The process to extract this gas is called hydraulic fracturing, or fracking. It involves pumping a mixture of water, sand and chemicals into the shale until the rock fractures and the gas can be pumped out.

Currently, many companies are exploring Alberta, British Columbia, Quebec and New Brunswick to develop shale gas resources. However, Canada has not yet achieved any large-scale shale gas production. The largest concentration of shale gas in Canada is in the Western Canadian Sedimentary Basin, which stretches from Northeast British Columbia to Southwest Manitoba. Smaller basins can also be found in the Arctic, Northwest Territories, Yukon, Quebec, Southern Ontario, New Brunswick and Nova Scotia. There is an estimated 1,100 trillion cubic feet of shale gas resources in Canada, the majority of which is found in the Western Canadian Sedimentary Basin, according to the Canadian Society for Unconventional Gas.

Canada’s resources are in the early stages of development compared to the United States, and a lot of the country’s reserves have yet to be seen. One of the most promising regions for shale gas exploits in the Western Canadian Sedimentary Basin is near the town of Fort Nelson in Northern British Columbia in an area known as the Horn River Formation.

Horn River is home to several major players, such as Encana (TSX:ECA,NYSE:ECA), Apache (NYSE:APA) and EOG (NYSE:EOG), which are working on developing shale projects in the area.

Also working in Horn River is Nexen (TSX:NXY), which is focused on conventional oil and gas, oil sands and shale gas around the world. Nexen was an early adopter of shale gas, and has been acquiring acreage in the Horn River Basin in Northeast British Columbia. With the 2010 addition of the nearby Cordova and Liard basins, Nexen now holds about 300,000 acres in Canada. The Horn River and Cordova basins hold between 4 trillion and 15 trillion cubic feet of recoverable contingent resources, according to a third party evaluation. There is also an estimated 5 trillion to 23 trillion cubic feet of prospective resources located in the Liard Basin.

On the other side of the Canadian landscape is the Utica Shale formation, located in the Appalachian Basin. The basin, known for spanning across northeastern US can also be found in the province of Quebec.

Unlike the major players of the West Coast, there are not many producers on the northern side of this formation. Undertaking the task of exploration of the Utica Shale formation is Gastem (TSXV:GMR), a Quebec-based oil and gas exploration and development company. The company holds the exploration and storage rights to over 1.1 million acres of land in the St. Lawrence Lowlands, the Gaspe Peninsula and the Magdalen Islands in Quebec. The St. Lawrence Lowlands operations consist of five properties in Southeastern Quebec.