Colder-than-normal weather, coupled with a decline in production, is finally giving natural gas investors something to cheer about. 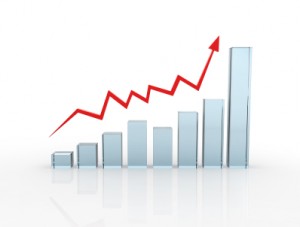 While plunging temperatures present challenges for most commodities, natural gas bulls have been revelling in colder-than-normal weather in many parts of the US — and that has led to a marked increase in natural gas prices.

While gas-focused investors have had little to cheer about over the past three years, spirits were lifted when gas prices rose above $4 per million British thermal units last week — a 73-percent increase from a year ago. Below-average temperatures for early spring have brought natural gas stockpiles in the US closer in line with average levels for this time of year, while traders and investors have suggested that the boom in US gas output might be slowing, which could trim supplies even more moving forward.

“One of the largest contributions to the consumption strength is obviously the winter weather, which shows signs of not going away until early April,” wrote Richard Hastings, macro strategist at Global Hunter Securities, in a report quoted by MarketWatch.

Bulls return to the fold

Only a year ago, analysts were predicting that companies would continue to flood the market with product, keeping prices at record lows. They proclaimed that a surplus of shale gas, overproduction and record storage surpluses would translate into long-term discounts in gas prices; however, this trend now seems to be shifting as more producers begin to pull back on production.

“There are cracks in this production boom we’ve had,” said Kent Bayazitoglu, an analyst at energy consulting firm Gelber & Associates, in comments to The Wall Street Journal, stating that these cracks are the main factor driving recent price gains.

Analysts have also noted that a surge in demand from utilities seeking to decrease their reliance on more “dirty” fuels, such as coal, is likely to play into the hands of natural gas investors in the longer term. Output is also substantially down from previous levels; Greg Sharenow, a portfolio manager at Pacific Investment Management, believes this decrease has bolstered the outlook for prices over the longer term. Less drilling “is definitely part of the equation,” he said in The Wall Street Journal piece.

For the week ending March 22, the number of rigs drilling for natural gas stood at 418, down 36 percent from a year earlier, according to Baker Hughes (NYSE:BHI), an oil field services company.

Betting on the boom

A number of market factors have combined to make the medium-term upside on natural gas prices look a lot stronger than it has over the past 24 months. These factors include natural gas replacing oil as a feeder stock for petrochemicals as well as a rise in the use of liquefied natural gas and compressed natural gas as vehicle fuels — and, perhaps most importantly from a broader market perspective, the sharp rise in the broad-based industrial use of natural gas, which has traditionally been the last of the main demand drivers to return following a recession.

It is not only individual investors who are showing optimism towards future price gains. Hedge funds and other money managers now feel the same way — the first time since November last year that speculative investors have held net bullish positions, according to the Commodity Futures Trading Commission.

The reaction of the market has been mixed. While shares of larger companies drilling for gas have risen over the past four weeks, there has been little positive knock-on effect for juniors. Shares in companies such as Chesapeake Energy (NYSE:CHK) and Southwestern Energy (NYSE:SWN) rose following a recent Energy Information Administration announcements that natural gas in storage has retreated, while many are of the impression that it will take more than a sudden rally to draw investors back into the junior fold.

North American juniors have found themselves in limbo for much of the past few years. As a result, they have struggled to produce a profit on the back of 10-year price lows, and only a small number of them have been lucky enough to leverage oil, as well as natural gas liquids, into profitable strategies. Most juniors have suffered to the point that they cannot even find a buyer for their beleaguered gas assets, leaving them with little choice but to wait patiently for a turnaround in prices.

While the challenging gas market environment has scared off a large number of investors, Marin Katusa, senior editor of Casey’s Energy Opportunities, believes now is the time not to dwell on past losses, but instead to seek out companies able to take advantage of the current upturn in prices. In an interview with the Energy Report, he stated that bold investors who target the right companies could “get a Rolex for the price of a Timex,” adding that picking financially stable companies in prime geographical locations will result in impressive returns.

He noted that in certain parts of Europe, consumers are paying the Middle East and Russia over twice the price of what natural gas is selling for in North America. “Some companies in Europe are making great margins at current prices. The Albanian government, for example, is signing offtake agreements with local producers at more than $8.50 per thousand cubic feet ($8.50/Mcf). The same gas is selling for $2.50/Mcf in Alberta. Investors who target the right companies could profit from higher oil and gas prices,” he said.

While prices remain well below levels recorded in 2008, there remains substantial upside in the short to medium term. If prices continue to rise, and North American projects aimed at exporting product to more profitable markets prove successful, well-funded junior companies with attractive inventories and land positions will thrive.

How to profit from higher natural gas prices

While prices are currently still on the rise, history has shown investors that there is likely to be volatility along the way. A sustainable rise in price is not something that will be happening at a rapid rate any time soon; however, long-term fundamentals suggest that North American prices will continue to rise in the short term, while export projects are likely to sustain this increase if successful.

Gas-focused investors need to shift their attention to producers and service providers who are able to work effectively within both the oil and gas realms, both on the conventional and unconventional sides. In doing so, they will be able to hedge their investment on oil prospects, which seem to be moving upwards more aggressively, while also displaying a commitment to gas without becoming dependent on what still seems a sluggish improvement.

Top Cobalt Production by Country
5 Top Weekly TSX Stocks: Energy Stocks Lead the Way
EV Infrastructure in the US the Next Challenge for a Growing Industry
What Was the Highest Price for Copper?