British Petroleum (NYSE:BP) has won approval from the U.S. government for the latest step to start pumping cement into its damaged Gulf of Mexico oil well and the company is currently in a disagreement over a regulatory filing that could indemnify or limit the liability of a company’s contract from penalties and liabilities other than for contamination resulting from operations controlled by the rig owner on or above the surface of the water. 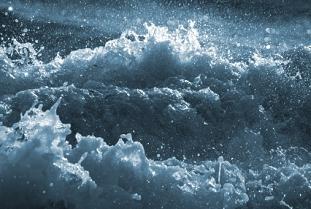 British Petroleum (NYSE: BP) won approval from the U.S. government for the latest step to start pumping cement into its damaged Gulf of Mexico oil well today after successfully reducing pressure at the Macondo well by injecting mud from the top, a procedure known as a static kill. This will complement work to intercept and seal the well from the bottom.

About 74 percent of the 4.1 million barrels of crude Macondo leaked into the Gulf has been eliminated or will soon be eaten by bacteria, the U.S. government said in a report yesterday. Some critics have suggested that the data might not be representing an accurate perspective as the total amount of oil estimated to have escaped into the ocean from Macondo is about 16 times the amount from the Exxon Valdez, which spilled an estimated 257,000 barrels in a 1989 accident off Alaska.

White House spokesman Robert Gibbs, suggested that President Barack Obama would be willing to lift a moratorium on new deepwater oil drilling before November if the conditions he has set are met before then.  The news and report has been accepted as a sign of strength in the markets as shares of Anadarko Petroleum Corp (NYSE:APC) and Transocean Ltd (NYSE:RIG), companies that may face liability, rallied on Wednesday. BP rose for a fourth day, climbing as much as 2.9 percent to 494.3 pence in London, the highest since May 28; however the stock is still down more than 30 percent since April 20.

Earlier this week the company disposed of its business in Colombia for $1.9 billion to pay for the spill and expects to sell up to $30 billion of assets. Credit Suisse estimates from June 2 indicated the spill may cost the company as much as $37 billion in litigation and cleanup costs.  It already sold $7 billion worth of fields in the U.S., Canada and Egypt to Apache Corp. last month.

Transocean and BP are currently in disagreement over a regulatory filing that could indemnify or limit the liability of a company’s contract from penalties and liabilities other than for contamination resulting from operations controlled by the rig owner on or above the surface of the water.

BP said in an e-mailed statement today that it disagrees with Transocean’s characterization of responsibilities and obligations under the drilling contract.  According to the statement, “BP believes the combination of uncovered facts and the applicable law may show that Transocean is not entitled to indemnification under the contract”.

U.S. crude oil refinery inputs averaged 15.6 million barrels per day during last week, 113 thousand barrels per day above the previous week’s average with refineries operating at 91.2 percent of their operable capacity, close to their highest rate in three years.

U.S. demand was barely above year-ago levels, too low to consume the fuel produced by refiners operating at rates well above average.

Crude oil futures fell slightly from the previous day’s close in Asian trading on August 5  as a stronger dollar and a surprise build in U.S. gasoline inventories outweighed the positive sentiment generated by rising equity markets. On the New York Mercantile Exchange, light sweet crude futures for delivery in September traded at $82.25 a barrel, which was down $0.22 in the Globex electronic session.

Analysts will next be looking for data from Friday’s U.S. non-farm payrolls report, which could determine the direction of petroleum prices through much of next week.